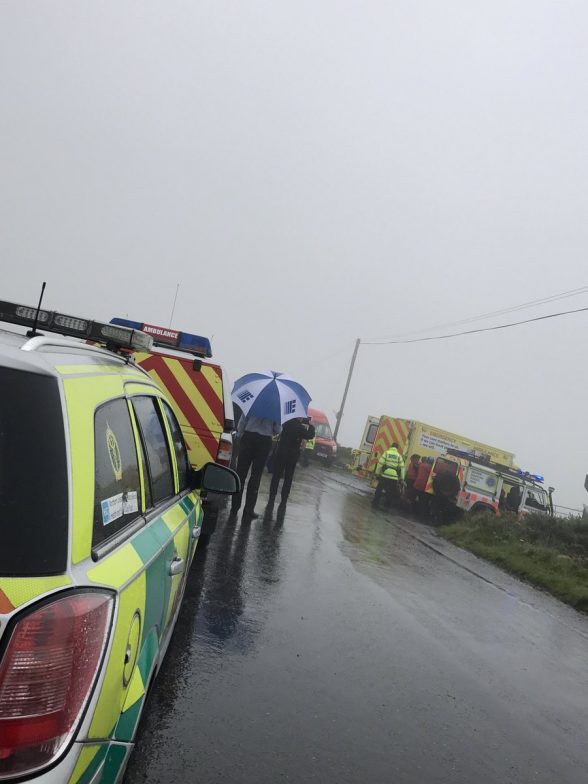 SEVEN children had to be stretchered off the Mourne Mountains after an emergency involving a group of Army Cadets from England.

A group of 73 people – 63 children and 10 adults – were in the County Down mountains on Wednesday when weather conditions turned treacherous.

An emergency operation got under way when the group of children – aged 12 to 17 – got into difficulties.

The Northern Ireland Ambulance said 16 of the group had hypothermia.

Others had minor injuries.

The alarm was raised at 11.13 BST on Wednesday. Coastguard, ambulance and helicopter crews were called to the scene.

Medical staff treated several of the children on the mountain.

The coastguard said it is understood that all members of the group have now been accounted for.

In an update on its Facebook page this afternoon, the Mourne Mountain Rescue Services said:

“The team have been assisting a group that got into difficulties in the lower regions of the Annalong Valley.

“The group totalled 63 youths who where on an expedition and caught out by deteriorating weather.

“Fifty six of the group have been guided off the hill to nearby road access.

“Seven of the group are being stretchered as precaution due to minor injuries/conditions.

“Three have already been transferred to Ambulance while the other 4 are en route.

“The team have recently been joined by members of the PSNI SAR team and the North West SAR team to assist.

“NIAS put in place their Major Incident plan to support the team with Ambulance resources.

“HM Coastguard tasked 3 SAR aircraft which have remained on standby due to unsuitable weather conditions.

“The incident remains within standard procedures and in the complete control of the various services in attendance.

“If anything significant changes, we’ll update otherwise our usual post will follow when the team stand down.”

The Ambulance Service declared a major incident at just after 1.20 pm.

The emergency team set up a base at Annalong Community Hall to treat those who were hurt.

Ken Johnston, chief press officer with the Ministry of Defence, Northern Ireland, said: “We had a number of young people from England attending an Army Cadet Force camp in Northern Ireland.

“This morning they were in the Mourne Mountains when that atrocious weather swept in.

“A decision was taken to withdraw as the weather and rain, wind continued.”

He described the rescue operation as “remarkable”.

“We are exceptionally grateful,” he said.

“We are assessing the children, but we understand it is fairly minor injuries, ankle injuries and some cold injuries.” 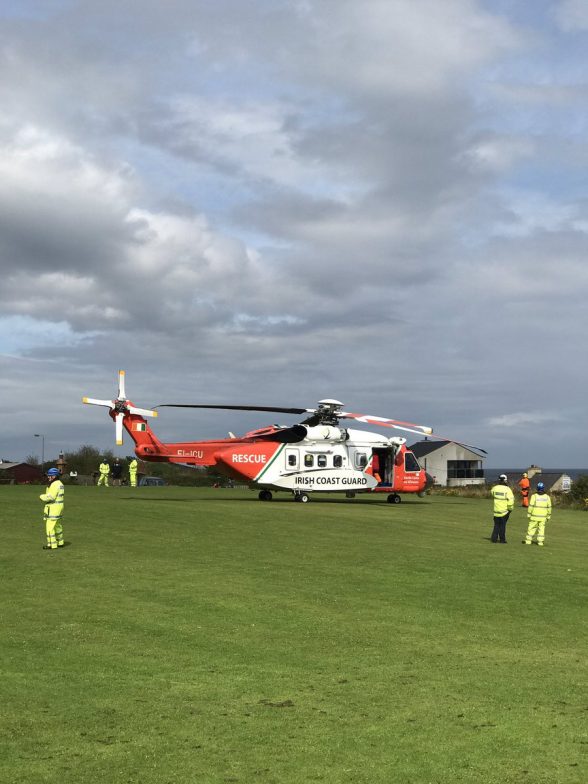 The coastguard said the PSNI and ambulance service contacted them requesting assistance after receiving “several reports that a large number of people were in difficulty after being caught out in inclement weather”.

“Please God all will be ok.”

Police have advised motorists to avoid Head Road in Annalong due to a build-up of traffic.

Drivers should seek an alternative route.