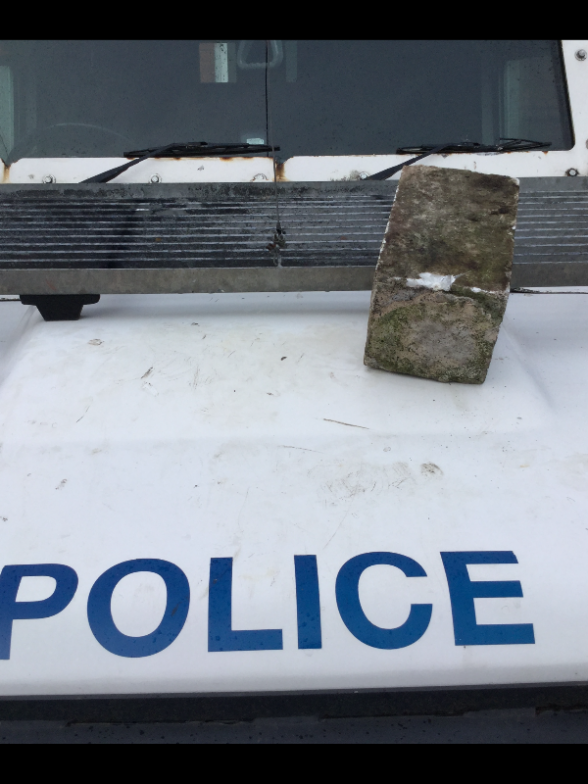 POLICE say an armoured land rover was attacked last night while carrying out patrols in west Belfast to crack down on anti-social behaviour at Falls Park.

During the incident, youths lifted a corner stone from a grave at the City Cemetery and hurled it at the police vehicle.

Graves were also desecrated as up to five youths were involved in removing other section’s of people’s graves.

A police spokesperson said: “Some person decided to use this as an opportunity to desecrate a grave and throw a large corner stone at our vehicle.

“Whilst patrolling on foot officers also saw that someone has decided to take sections of people’s graves and use them to set a circle for a fire.

“Imagine how distressing this is for the family who’s loved one isn’t being allowed to rest in peace.

“These are sickening acts that show absolutely no respect for the local community.

“If ANYBODY has ANY information about this or any other incident in Falls Park, please call Police on 101 or confidentially via Crimestoppers on 0800 555 111.”