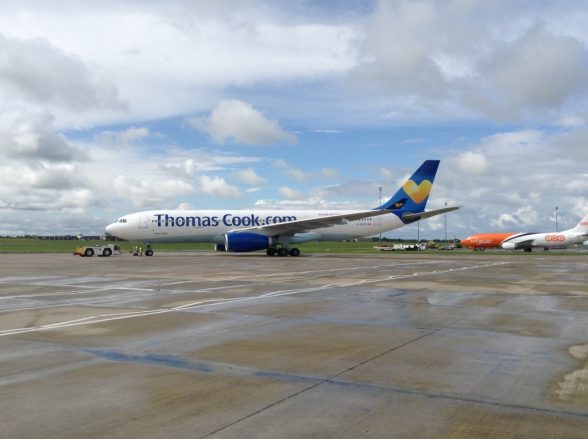 We have heard recently in the news that travel companies were taking action against holidaymakers who were making fraudulent Holiday illness claims.

Well I’m delighted to report that Thomas Cook, have done just that and in a sitting at Liverpool County Court. A Judge has ordered a couple to pay court costs after they falsely claimed they had been taken ill on a Thomas Cook all-inclusive holiday.

In the small claims court, rules state claimants are not at risk of paying costs even if they lose the case, unless it can be demonstrated to the court that they had been fundamentally dishonest.

The judge at Liverpool County Court yesterday concluded the couple, who hoped to sue Thomas Cook for £10,000, had indeed been ‘fundamentally dishonest’ and had not suffered any illness at all. As such, the claimants were ordered to pay £3,744 within 28 days.

In June, ABTA launched a campaign to tackle the fraudulent claims problem, explaining that this culture was “one of the biggest issues that has hit the travel industry for many years”.It went on to say tens of thousands of holidaymakers had made claims in the past year – worth between £3,000 and £5,000 each – despite reported sickness levels in resorts remaining stable.

“not accept liability” in such cases. “It’s not comfortable for us to be in court questioning our customers’ credibility, but the significant increase in unreported illness claims being received by the travel industry threatens holidays for all UK customers,” he said.
Thomas Cook said this is the first of a number of cases it will take to court where necessary when it sees claims for illness which were ‘unreported in resort and which demonstrate a clear lack of evidence’.

The couple booked a 14-day all-inclusive holiday for themselves and their two young children at the Parque Cristobal Hotel, Playa del Ingles, Gran Canaria from July 29-August 12 2013.

Three years later, without any prior warning, solicitors Bridger & Co of Landovery, Carmarthernshire, issued a claim for £10,000, saying the whole family had suffered gastroenteritis on the third day of their holiday as a result of inadequate food hygiene at the hotel.

They claimed symptoms had continued from the third day throughout the holiday until after the family’s  return to the UK.
However, Thomas Cook had evidence to the contrary, including the fact that on the return flight McIntyre had completed and handed in a detailed feedback questionnaire.

Although the section on illness was unanswered, in relation to the majority of the questions McIntyre recorded that the service supplied had been good or excellent.
McIntyre explained in court that the inconsistent questionnaire was filled in on the flight home after he had drunk six pints of lager and that entries were either randomly ticked or ticked so as to put a favourable gloss on the trip so that he would be more likely to benefit from a prize draw incentive for handing in the form.

Lavelle said that though her son and baby daughter had had diarrhoea and vomiting lasting around four-five days she had sought no medical treatment and that she had not felt any need to mention the family’s difficulties to hotel staff, the tour representative or anyone else.

The judge therefore found that the claimants’ accounts were wholly implausible and they had not suffered any illness at all.

The court dismissed their claim and made an order that Julie Lavelle and Michael McIntyre, but not their children, would have to pay costs of £3,744 within 28 days.

“In these cases, we will not accept liability and we will take further action where we believe it is necessary to protect all of our customers.”

Lets hope that this judgement sends a clear message to the scammers and fraudsters who try and cripple the decent holiday companies who do their level best to provide a wonderful holiday experience to many thousands of tourists alike.

Thomas Cook has created a web page about holiday sickness, featuring a guide on what to do if you are ill while abroad.

The page includes tips on how to avoid stomach upsets and urges customers to consult a doctor and report sickness to a Cook representative.

In her blog, group head of customer welfare Carol MacKenzie said the current “situation cannot go on” and warns customers not to be “fooled into lying about your experience abroad”.

She added: “It is our responsibility to protect our customers from the actions of a criminal minority. That means making sure our customers understand the risks involved in submitting false claims – no matter what claims firms say.”

The holiday illness guide is available online and is on display in all Cook resorts. It asks customers to report if they are encouraged to put in a false claim.