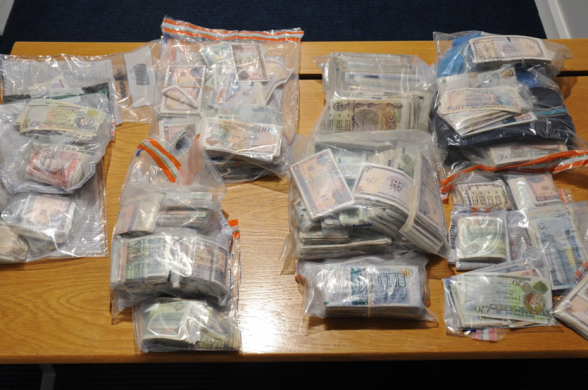 Police put on display some of the £70,000 dirty cash seized during an operation against loyalist paramilitary racketeering

POLICE and Customs have smashed a loyalist paramilitary’s racket in smuggled cigarettes and hand rolling tobacco.

Detectives from the PSNI’s Criminal Investigation Branch investigating organised criminality involving loyalist paramilitaries, have carried out a number of searches in Belfast and North Down along with HM Revenue & Customs.

They seized over 54 thousand contraband cigarettes, 7.5 kilos of rolled tobacco, a number of high value items, including 2 vehicles and approximately £70,000 in cash.

The searches were carried out on Monday 24th and Tuesday 25th July, and two men aged 34 & 29 were arrested and have since been released on police bail.

Detective Inspector Whoriskey said: “This is a demonstration of our determination to tackle organised crime and those that gain from it.

“I would appeal for anyone with information regarding criminality by paramilitary organisations to contact police on 101. 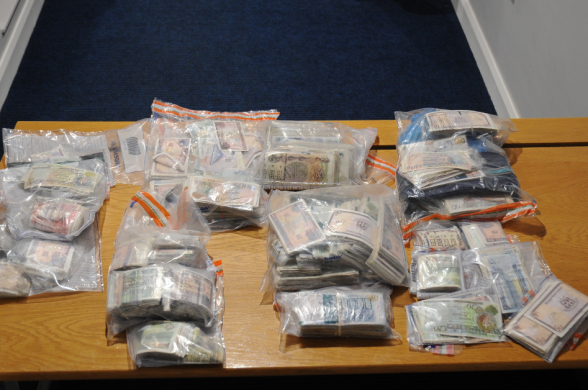