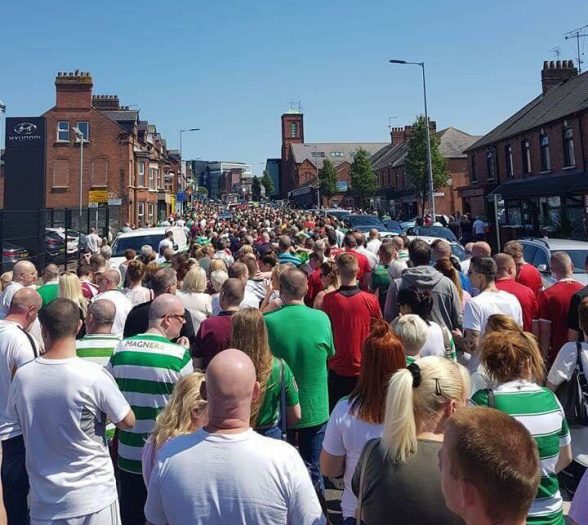 Many wore football shirts to show their respects to the local player.

Mr Moore, who was a coach and player at local team Willowbank, tragically died last Friday night in the Beechmount area of west Belfast.

Aged in his 20s, his sudden death shocked family, friends and the local community.

Requiem Mass was held for the gifted footballer at St Paul’s Church.

He was laid to rest later at Milltown Cemetery.