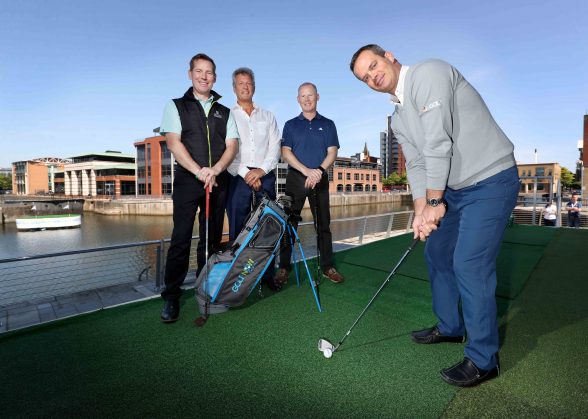 GOLFNOW, a U.S.-based technology company specializing in golf-related products and services with the most powerful tee-time marketplace in golf, today unveiled its new international offices in Belfast.

The new £1.1 million, state-of-the-art office space, which overlooks the River Lagan at City Quays, is staffed currently by 71 employees, a workforce that has more than doubled in size since GolfNow opened its first office in Belfast in September 2014.

GolfNow, owned and operated by Golf Channel and part of the NBC Sports Group, offers more than 3.5 million registered golfers more ways to easily book tee times online and via mobile devices any time of day.

GolfNow also provides technology, support and marketing services to more than 8,000 golf courses around the world, and is part of the suite of digital businesses managed by Golf Channel, which is viewed in more than 500 million homes worldwide.

The GolfNow Belfast business operates the brands GolfNow, BRSGolf and Teeofftimes.co.uk in the Ireland and U.K. markets.

GolfNow and Teeofftimes.co.uk partner with more than 75 percent of golf courses in Ireland and the U.K., and has facilitated the booking of more than 700,000 rounds of golf so far in 2017 and more than 2.1 million rounds in the last three years.

GolfNow also has helped generate double-digit revenue growth year over year and more than £32.2 million in revenue for its course partners over the same time period.

BRSGolf is the leading tee time management system used by more than 50 percent of golf clubs and more than 400,000 golf club members.

“Expanding our presence here in Belfast allows us to strengthen our global golf portfolio and better serve both golfers and golf course operators.

“We’re grateful for the support from Invest Northern Ireland for fostering an environment of creativity and economic opportunity, and making this an ideal home for industries seeking to tap into Belfast’s skilled and entrepreneurial workforce, particularly those with a high tech focus.”

Invest Northern Ireland Chairman Mark Ennis said, “Since its acquisition of BRS Golf in 2013, GolfNow has experienced unprecedented growth, which is a testament to the drive and focus of the management team, the quality of talent that it has been able to recruit here and to Northern Ireland’s reputation within the global technology sector.

“I know the team at Invest Northern Ireland will continue to work closely with GolfNow to help support it with its future plans.”

In 2016, GolfNow reported a 33 percent increase in tee-time bookings across Ireland, generating a total of £510,000 for more than 230 golf courses in Northern Ireland and the Republic of Ireland.

These figures are expected to grow with the recent launch of the new GolfNow mobile app, according to GolfNow Vice President Brian Smith, who co-founded BRS Golf with brother, Rory. 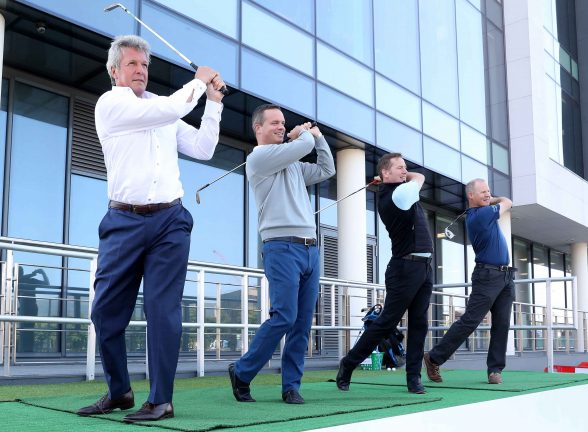 “We are delighted to not only celebrate the opening of our new office but also the launch of our new app, which will help to revolutionize the experience of golfers everywhere,” Smith said.

“We pride ourselves on our commitment to make golf accessible to everyone and we believe the GolfNow app’s ease of use and in-depth data will have significant appeal to golfers seeking to easily connect with their favorite golf courses through the use of technology.”

The innovative GolfNow app is free to download from the iOS store and gives golfers access to a wealth of information at their fingertips – beyond easily booking tee times – including post-round analysis with in-depth statistics that enhance game improvement, as well as a GPS tracking service available at more than 30,000 courses.

Founded in 2001, GolfNow is headquartered in Orlando, Florida, USA, and operates in more than 23 countries around the world.

In 2013, GolfNow acquired BRS Golf, a company that already had built a solid reputation with both golfers and golf courses throughout Ireland and the U.K. since it was founded in 2003 by Northern Ireland golf fanatics and technology experts Brian and Rory Smith.

In 2017, GolfNow’s Belfast office was named “Best Company to Work For” for the second consecutive year at the Belfast Business Awards, organized by the Belfast Chamber of Trade & Commerce.

For more information go to www.golfnow.com.