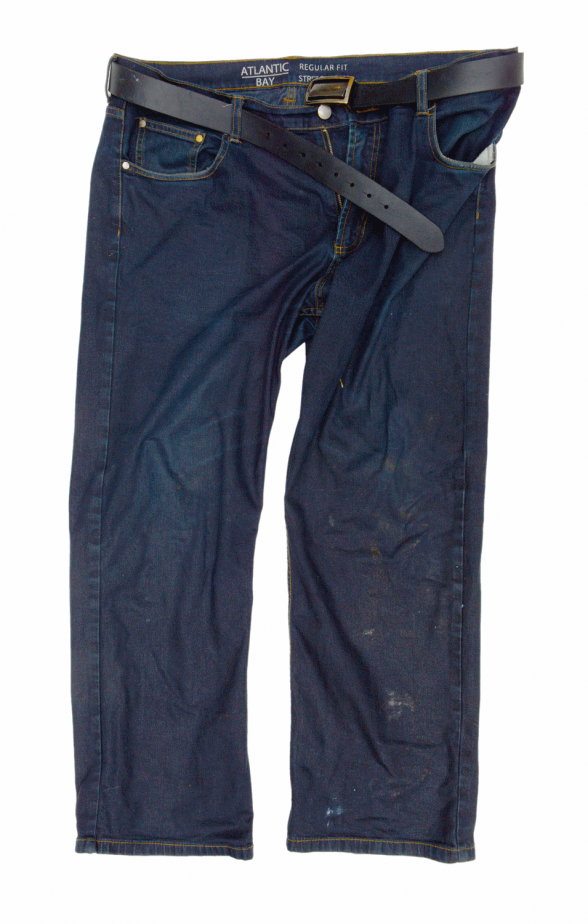 The jeans the man was found wearing

POLICE have issued a fresh appeal for help in identifying a man whose body was recovered from the water at Shaws Bridge in Belfast yesterday.

As part of the appeal, detectives images of items of clothing in a bid to jog the public’s memory in trying to identify him.

Detective Inspector Paul Rowland said: “The man was found on Friday afternoon and despite exhaustive enquiries, we have as yet been unable to establish his identity.

“We believe someone out there must know who this man is.

“He is in his fifties, around 5′ 8” tall and was wearing navy blue jeans, a dark belt with a rectangular buckle, a black t-shirt, and silver and navy trainers in a men’s size 10.

“He was not carrying any identification and was not wearing any distinctive jewellery, nor does he have any tattoos or piercings.

“He was however wearing two compression bandages on his left upper arm, and bears an appendix scar.

“We are hoping that these few details may strike a chord with someone and allow us to find out who this man is.

“I would ask anyone who believes they know this man’s identity to please get in touch.

“I am also appealing to those with male family members or friends that may match this description that you have not seen in recent days, to please call them or check on them.

“We are not treating this death as suspicious but it is important that we can inform the man’s loved ones of his passing. 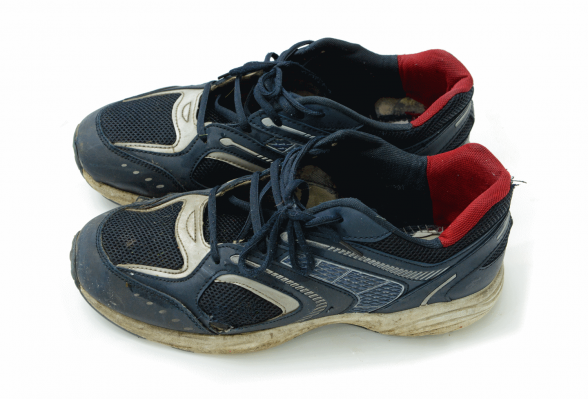 The trainers the man was found to be wearing

The belt recovering from the man’s jeans