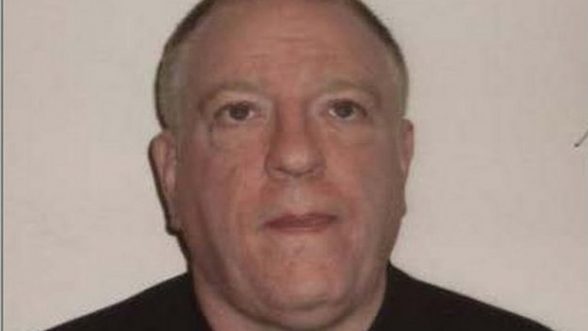 A police officer who used a Taser stun gun on a man outside a Belfast bar had “no other option”, the police ombudsman has said.

Derek Brockwell had escaped from prison in the Republic of Ireland the previous day, stabbing two prison officers as he did so.

The 53-year-old from Glasgow had been serving a sentence for armed robbery.

He was spotted outside a bar in Bedford Street, Belfast, on 18 February 2015.

Police approached him and an officer used a Taser on him. The incident was referred to the Police Ombudsman’s Office for an independent report.

Its investigators recovered CCTV footage of what happened and examined both the Taser and police records.

They saw Brockwell sitting on a seat outside the bar, writing postcards.

A special Armed Response Unit was called and one of its officers approached him to ask him for identification.

This officer said he pulled up his shirt to expose a knife in his waistband.

He was warned that police were armed and ordered him to drop the knife, but he took the knife and pushed it into his own stomach.

“The man had a knife and had stabbed two people as he escaped from prison,” he said.

“He was believed to be dangerous and police officers did well to spot him sitting outside a bar along one of the main roads in the city.

“The fact that this man was in a tussle with two officers, had a knife and was already believed to be dangerous, gave the police officer who fired the Taser had no other option if he was to protect the lives of his colleagues and prevent the man himself from further self harm.

“The officer made the right decision,” he said.