POLICE WARN AGAINST DRINK-DRIVING AS CAR CRASHES IN WEST BELFAST 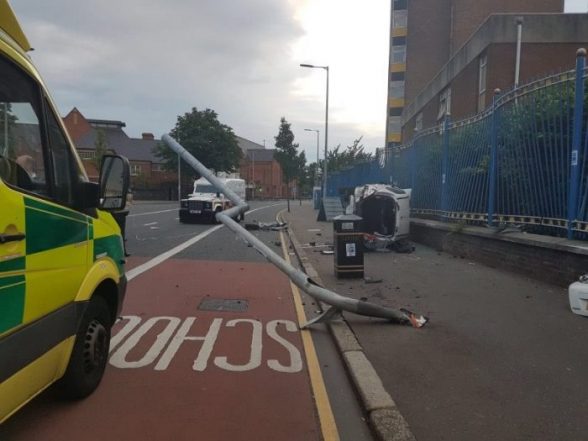 THE PSNI is advising motorists yet again of the dangers of drink driving.

It follows a single vehicle crash yesterday evening on the Falls Road in west Belfast.

PSNI West Belfast posted a picture of the crash on its Facebook page.

It shows the car struck a lamp post before ending up on its side.

The post added: “This is the result of drink driving!

“The driver of this vehicle decided it would be a good idea to drive home despite being almost three times over the legal limit.

“A female passenger was left trapped inside and had to be cut from the vehicle.

“Luckily tonight nobody was killed or seriously injured but things could have been very different.

“Don’t be stupid…don’t drink and drive. ”