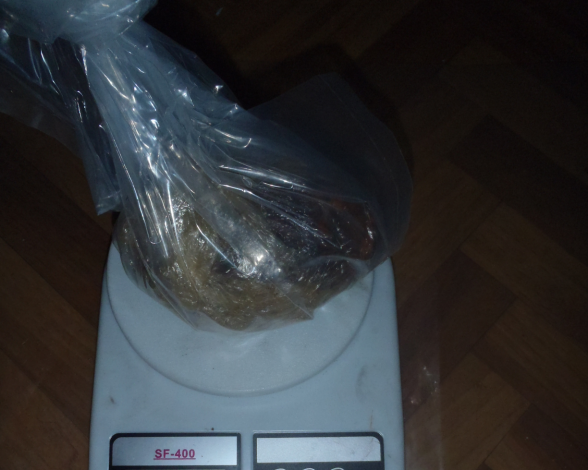 WEST Belfast man Kevin Nolan was today sentenced to 7 years in prison at Belfast Crown Court after pleading guilty to a number of terrorism related offences.

He was also handed a 15 year notification order under anti-terror legislation.

The 46 year old was arrested at an address in Sunderland, England, in September 2015 following a search of his parents’ home in the Ballymurphy area, of West Belfast.

During the search, detectives from the PSNi’s Terrorist Investigation Unit (TIU) uncovered a significant quantity of explosives, firearms and ammunition, as well as a black coat and balaclava.

Detective Inspector Adrian Brown, from the PSNI’s TIU said: “Our intelligence-led search operation uncovered a significant cache of explosives, weapons and ammunition all hidden in various rooms within the family home. 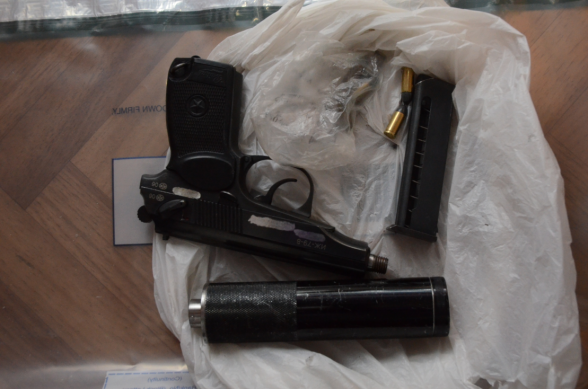 A gun and silencer found during planned police search

“At this stage Kevin Nolan was living in England so PSNI detectives, assisted by officers from North East Counter Terrorism Unit and Northumbria Police, arrested him under the Terrorism Act and brought him back to Northern Ireland for interview.

“During interview he claimed he had no knowledge or involvement with these items.

“At one stage he said he had found a bag containing the cache while walking alone in the City Cemetery.

“He said he seen two men, one of who was carrying a large plastic bag, which they left at a hedge.

“Kevin Nolan stated he had taken the bag believing it contained drugs or money and he didn’t know there were firearms and munitions until he looked inside once he had arrived at his parents’ home where he lived at the time.

“At a later date he then claimed he had been approached to keep the items while working as a taxi driver at an office on the Springfield Road.

“He said at first he had refused the request but then acquiesced and hid the items in his parents’ house.

“During the investigation we were able to link Kevin Nolan’s DNA to the explosives and firearms, as well as the balaclava which was found with a black coat. 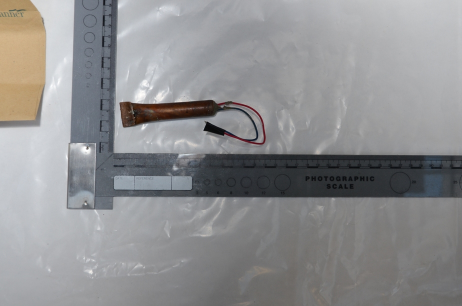 “Forensic swabbing of this black coat revealed traces of Semtex in the pocket.

“He was then charged with a number of offences including 2 for possession of explosives, 3 for possessing firearms and 2 relating to terrorism.”

DI Brown added: “There is no place for terrorism in Northern Ireland and the PSNI will continue to disrupt the activity of violent dissident republicans and remove illegal firearms and explosives off our streets.

“These were lethal and if used there would only have been one intended outcome – to maim, injure and murder people.

“There is limited community support and traction for terrorists. There’s no place for it in today’s society.

“The vast majority of people want to move on from the past, enjoy living without fear and embrace the vibrant place Northern Ireland has become.

“We will continue to work with the community to ensure we keep everyone safe,” added DI Brown. 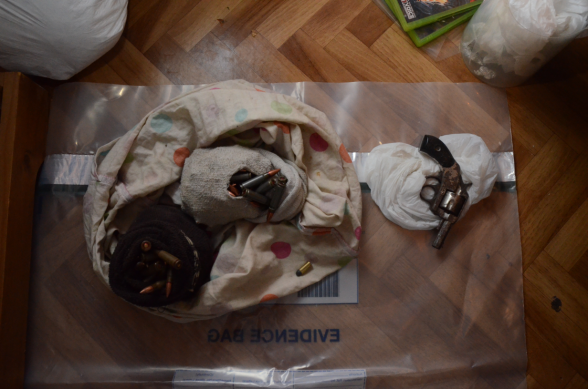