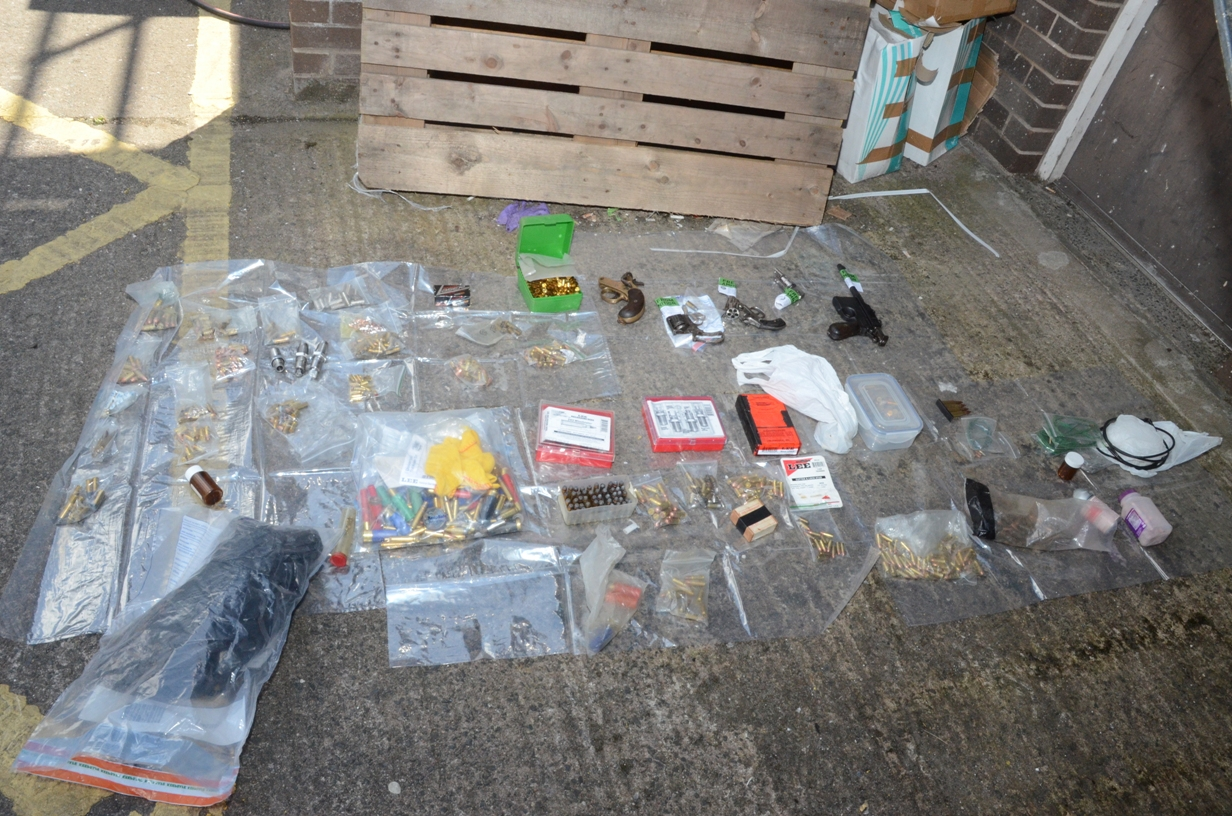 DETECTIVES from the PSNI’s Reactive and Organised Crime Branch have released a photograph of suspected firearms and ammunition linked to dissident republican paramilitary shootings.

The haul was seized on Saturday 24 June, after being found in a house in the Norglen area of west Belfast.

Detective Inspector Peter Mullan said: “Four suspected firearms and a quantity of ammunition were seized on Saturday 24 June, after being located in a house in the Norglen area.

“The type of weapons and ammunition recovered are similar to those used in shooting attacks against members of this community.

“Their seizure by police has undoubtedly frustrated the activity of individuals intent on creating fear on our streets.

“Detectives are continuing to investigate the matter and are appealing for anyone with information to contact CID on 101, quoting reference number 362 24/06/17.