NUMBER ONE BOOST FOR NORTHERN IRELAND 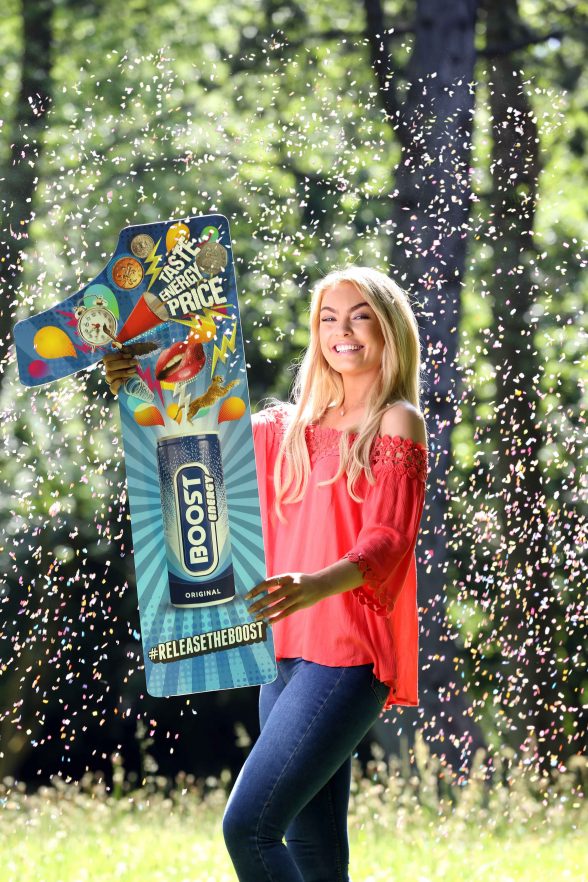 NUMBER ONE BOOST FOR NIRachel Jones gets ready to #RELEASETHEBOOST as leading drinks company Boost celebrates its status as Northern Irelands number one soft drink in the independent sector.

TO celebrate its status as Northern Ireland’s number one soft drink in the independent sector, Boost has launched a new campaign to give people the chance to win thousands of pounds in the coming weeks.

NI consumers have the chance to win a super cash Boost as the leading soft drinks company is giving away £1,000 every week with its #RELEASETHEBOOST campaign.

“It’s our favourite so it is.

“And to celebrate the fact that we are the number one soft drink in the independent sector, we have launched our biggest ever campaign in NI as we want to give something back to our loyal consumers.

“As part of the #RELEASETHEBOOST campaign, we have launched a microsite that gives people the chance to win £1,000 every week until Sunday 23 July and social media competitions with lots of prizes up for grabs including vouchers for Jungle NI and We Are Vertigo.

“We have also teamed up with Northern Ireland’s leading comedian, Colin Geddis, who has created a bespoke series of tongue-in-cheek videos where he has taken to the streets of Belfast to ask people what they would do for £1,000 – with some hilarious responses,” Natalie added.

For more information and the chance to win one of six £1,000 cash boosts go to www.WinWithBoost.com.