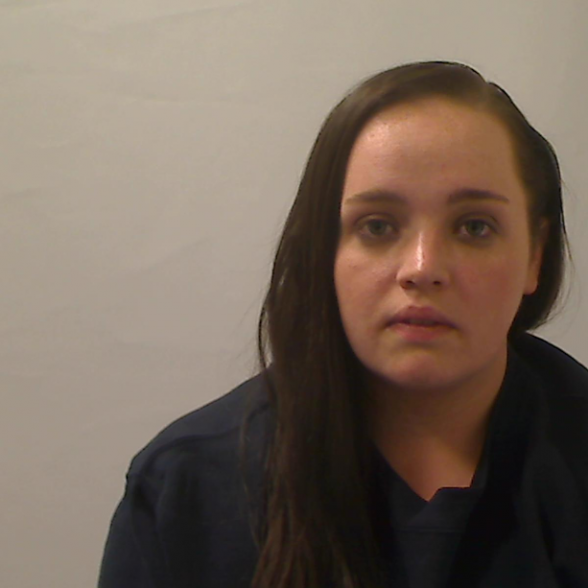 A senior PSNI detective has described Christine Connor, who was today handed a 16 year and 4 month jail term for attempting to murder a police officer in 2013, as “a dangerous woman who exploited others to further her own twisted ideologies”.

The 31 year old Belfast woman pleaded guilty in May to attempting to murder a police officer in the Crumlin Road area of Belfast on May 28, 2013, as well as a number of terrorism offences.

She also admitted possessing explosives and causing explosions with intent to endanger life or cause serious injury to property on May 16 and May 28, as well as preparation of terrorist acts between February 1, 2013 and May 30, 2013.

A co-defendant, who also jointly faced five charges including attempted murder and possessing explosives and causing explosions with intent to endanger life or cause serious injury to property on May 16 and May 28, is now deceased.

At Laganside Crown Court today, Christine Connor received a prison sentence of 16 years and four months, plus an extended period on licence of three years and eight months.

She will also be subject to notification requirements under the Counter Terrorism Act 2008, for a period of 30 years from today’s date.

“Northern Ireland is a safer place with Christine Connor behind bars.

“She is a dangerous woman who exploited others to further her own twisted ideologies.

“She was very cunning and duped a number of men through fake profile images on social media to become involved in her terrorist aspirations. 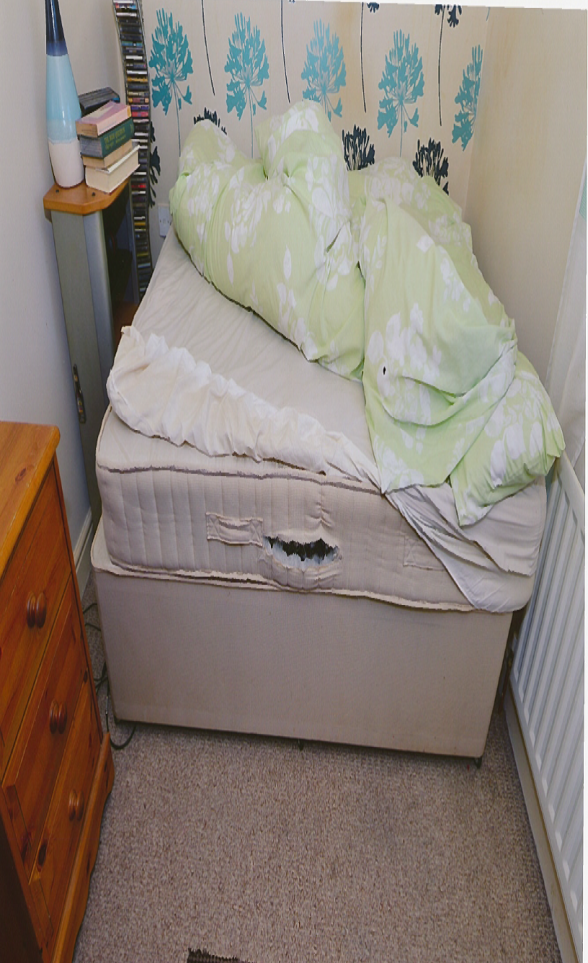 “She used online photographs of Swedish model, fashion designer and blogger Sanne Alexandra Andersson without her knowledge or consent.

“These bore no resemblance to Christine.

“Stuart Downes, 31, from Meole Brace in Shrewsbury, who was also due to stand trial before dying in non-suspicious circumstances on June 24, 2016, played a key part in the attacks, as we have evidence that he sourced component parts and shipped them to his Belfast accomplice.

“We also have footage from his phone showing him testing the explosive mix.

“We arrested and questioned Zachary Gevelinger after he visited Christine in Hydebank Prison on July 6, 2013. #

“We found correspondence from him to Christine in her house, as well as cheques he had sent her.

“The FBI searched Zachary’s house in USA on our behalf and seized computer equipment which confirmed the link to Christine. He died last month in non-suspicious circumstances.

“We know she communicated with these men via a ‘United Struggle’ Facebook page she created – for her one member organisation. 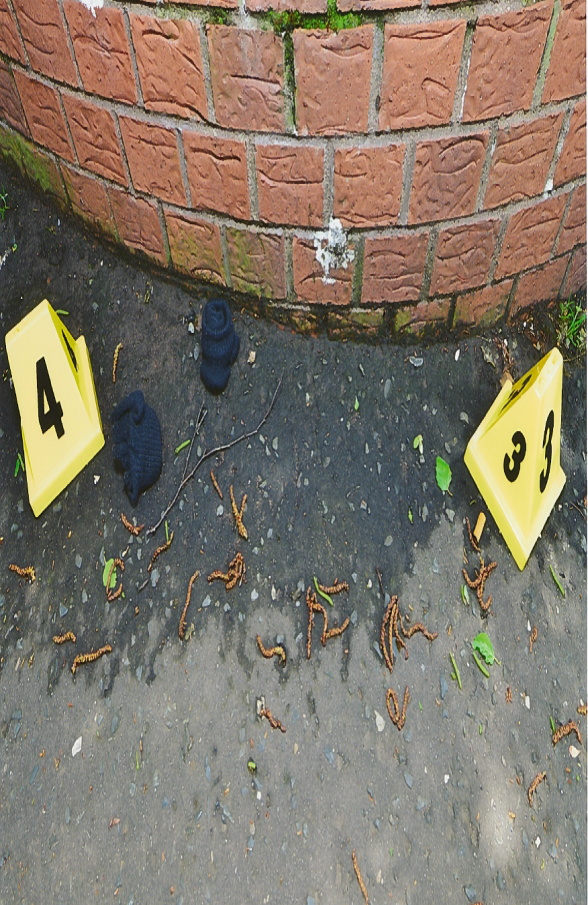 The case was hugely complex and unusual and spanned over four years, involving UK police services working together to gather evidence in order to secure today’s criminal justice outcome.

Detective Superintendent Campbell added: “Christine Connor meticulously planned the attack on police officers who were attending what they thought was a genuine emergency call for help from a woman purporting to be in danger in her Crumlin Road home in the early hours of the morning on May 28.

“Instead they were lured to a hoax call which ended in an attempt to murder them.

“She planned this attack over quite a period of time and used a web of deceit and lies to enlist the help of Stuart Downes.

“Her deceitfulness knew no bounds and involved using a fictitious name and a profile picture that bore no resemblance to her when communicating online with Stuart Downes to plan this sickening attack on officers who were simply carrying out their core job of protecting their community.”

The Belfast woman made two attempts at murdering police officers on two separate dates and both involved her making hoax 999 calls to lure them to where she was hiding.

The first attempt did not result in injury, although the improvised explosive devices did detonate.

Christine used this failed attack as a ‘trial run’ for the strike on May 28 when she threw two IEDs at officers from the lane beside the house she had lured officers to.

“What is clear though is the total disregard Christine had for the people within this community who also could have been seriously injured or killed.

“The shrapnel from the devices travelled up to 35 metres and was found lodged in the homes of local people,” added Detective Superintendent Campbell. 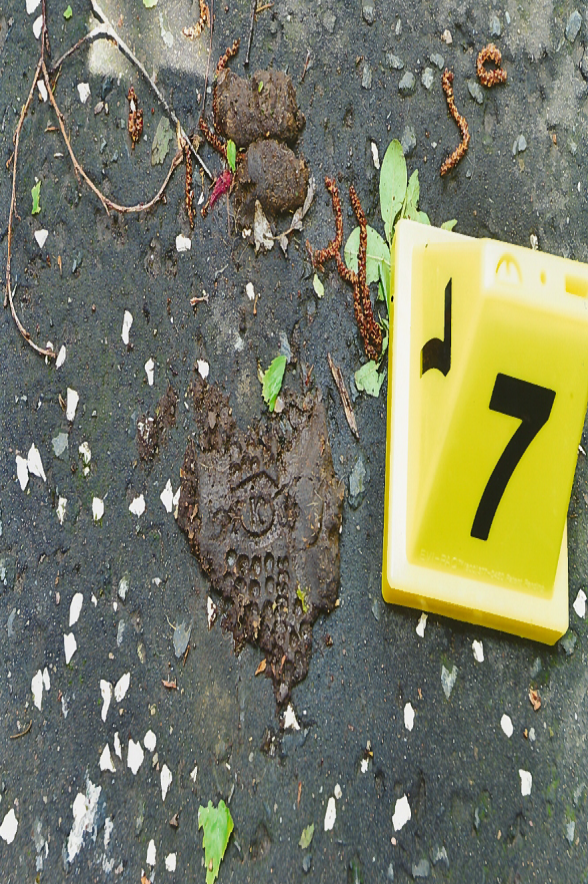 Connor’s boot mark found in animal excrement at the scene

A claim of responsibility for the attack on May 28, 2013 made from a Public Call Box in the Shrewsbury area formed a major part of the PSNI enquiry.

“This resulted in the identification of Stuart Downes as a suspect,” explained Detective Superintendent Campbell.

“This, together with CCTV evidence obtained in the vicinity of the May 28 attack in the Crumlin Road, resulted in the identification of Christine Connor as a suspect and subsequent investigations provided the link between Stuart Downes and Christine Connor.

“Her devices were sophisticated and primed to maim and murder, however, good forensic work by detectives spanning over weeks and months, enabled them to connect Christine to these heinous crimes through a litany of evidence they uncovered.

∙ The mobile phone she used to make the hoax 999 calls was found in the garden of a home adjoining the alleyway;
∙ In the alleyway beside the house she lured officers to, she left two woollen gloves, from which police identified her DNA, as well as her footprint in dog excrement which was traced to boots found in her wardrobe;
∙ A blue supermarket bag for life, which she is seen carrying in CCTV footage was found in the same garden of the home adjoining the alleyway. She was not carrying this bag in CCTV footage which captured Christine fleeing the scene. We believe she used this to carry the devices;
∙ Her hooded sweatshirt, from which police identified her DNA, was found in a skip near the scene;
∙ Mobile phones, laptops and sim cards were found hidden inside her mattress. She used these to communicate with her co-conspirator Downes.”

The police officer who was injured in the attack is the father of two young children – his baby boy was only 3 months old at the time.

He described the moment he realised an explosive device had been thrown at him:

“My colleague and I had knocked at the door of the house where we believed a woman was being assaulted.

“I became suspicious when there was no response at the door and there were no lights on in the house.

“A recent, previous attack on police was also in the back of my mind and I turned away from the property to make further investigations.

“That was when I heard a noise behind me – which was the device landing at my heel.

“My adrenalin kicked in and I started running away but tripped and fell just as the first device exploded.

“I saw someone coming towards me and a second device hitting the ground near me. I got up and ran into an alleyway just as this device exploded. I remember the noise was deafening and there was a lot of smoke.

“At this stage my training kicked in and I drew my weapon to protect myself and the public, who were now coming out of their houses to see what was happening. My colleague and I advised them to go back inside for their own safety.

“I feel very lucky to be alive and I have no doubt that if I wasn’t able to run away from the devices being thrown I would not be here today. I am very fortunate that me and my colleague did not suffer serious injuries.

“I will never forget that night but it has made me more determined to do my job as a police officers and protect the public.”

“A vast amount of evidence has been obtained from the examination of mobile telephones, computers, media devices and on line networking sites which evidenced the conspiracy between Christine Connor and Stuart Downes.

“Working together, we have disrupted the activity of a dangerous individual and put her behind bars.”