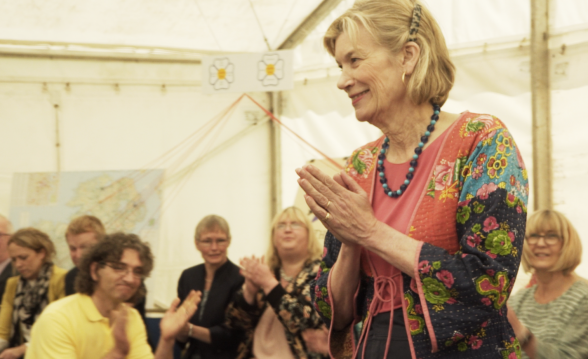 Duchess of Abercorn enjoying the festivities at Pushkin House

A ‘celebration of the marvellous’ was held at Pushkin House on the Baronscourt Estate, Newtownstewart, to mark the 30th Anniversary of the creative work of the Pushkin Trust in schools across Northern Ireland and Republic of Ireland.

The event acknowledged the key role played by inspirational educators and key facilitators who have embraced the Pushkin ethos of finding ways to help children express their thoughts and feelings by creative means.

Ambassadors and representatives of the trust, both current and former, were praised and thanked for their years of dedication.

A special tribute was paid to famous poet Seamus Heaney who was a patron of the trust for 27 years.

His widow, Marie Heaney, was in attendance and spoke to the audience about the success of the trust and her late husband’s involvement with it for almost three decades.

The Trust has developed a number of programmes designed to encourage children and teachers to value creativity, and in the words of Heaney, to “Celebrate the Marvellous”.

Founded in 1987 by the Duchess of Abercorn, The Pushkin Trust promotes creative learning, writing and other artistic activities in schools on a cross-community, cross-border basis.

Originally focussed only on creative writing and literature, the trust has evolved over the past 30 years to now offer a wider ranging programme covering imaginative study of the environment and all areas of the creative arts.

The trust was named after Alexander Pushkin, one of Russia’s greatest literary figures, of whom the Duchess is a direct descendant.

Northern Irish singer-songwriter Johnny McDaid of Snow Patrol is another local supporter of the Trust, having been the first child to ever to win the ‘Pushkin Prize’.

Mr McDaid praised the experience in a surprise recording which was played on the day much to the delight of his former teacher the Duchess of Abercorn.

In this special recording, he stated that it was then that he realised that he could write and that others may be interested in what he had to say, giving him the confidence he needed to succeed later in life.

Speaking at the celebration, the Duchess of Abercorn said: “Pushkin House is an appropriate setting to draw wider attention to an ambitious project, which seeks to ignite the creative spark of our shared humanity and thus pave the way towards a world of greater peace and understanding”.

For more information on the Pushkin Trust’s work, visit www.pushkintrust.com 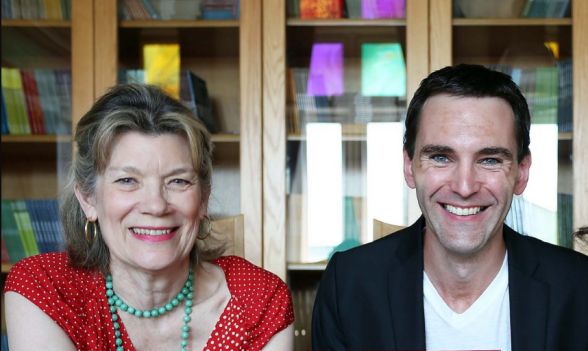 Johnny McDaid of Snow Patrol, a patron and former pupil of the trust, kindly recorded a special message for the Duchess