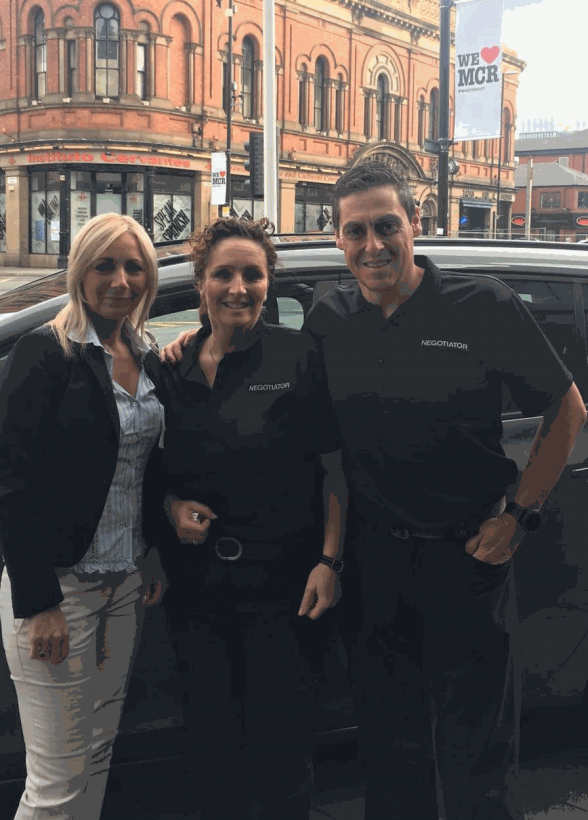 Detective Inspector Connie Hampton and her team assisting the Counter Terrorism Command after the Manchester bombing. PIC: Courtesy of PSNI

SPECIALLY trained officers from the PSNI have been involved in providing help to police colleagues dealing with the recent terrorist attacks in both Manchester and London.

Following the terrorist incident in London at the weekend, 10 police officers from the PSNI’s Casualty Bureau supported Metropolitan Police on the dedicated helpline by taking calls from concerned members of the public as well as dealing with the information flow to and from officers to worried relatives and friends.

Chief Inspector Natalie Wilson from the PSNI’s Casualty Bureau said: “Our role is to contribute to the overall response to a major incident.

“We are one of a number of Casualty Bureaux across the UK and we work together as a network.

“The focus is very much on providing ‘mutual aid’ to other police forces and each Casualty Bureau is ‘switched on’ as and when a greater level of assistance is requested.

“Early on Sunday morning, we were asked for support after the attack in London and we had the Bureau staffed within 15 minutes of that request coming through.

“Every incident or emergency situation is different, but the calls we take are from those people who have usually exhausted all avenues in finding their loved ones.

“On a very human level, what we do is about reducing the anguish of those people desperate to locate their friends or relatives.”

Previously, following the bomb at the concert in Manchester on Monday May 22, four of PSNI’s Hostage and Crisis Negotiators travelled to the city on Friday 26 May to help officers in Greater Manchester Police with their investigation and arrest operations over three days. 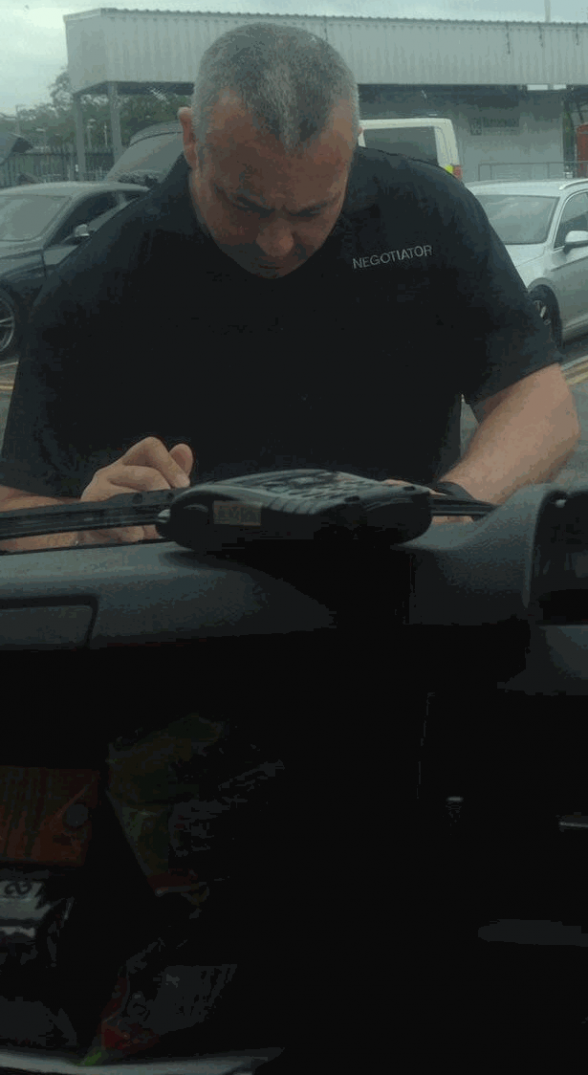 DCI Neill McGuinness, PSNI Negotiator Co-ordinator, planning for one of the arrest operations

She explained: “We received a call asking for regional assistance and I flew over that Friday along with an operational team of three PSNI Negotiators.

“My role was to advise the Counter Terrorism Commander on negotiation options to assist their arrest operations.

“Meanwhile, my three colleagues were forward deployed on the ground with Counter Terrorism Specialist Firearms Officers who were conducting high risk search and arrest operations.

2These are highly dynamic and potentially unpredictable operations. Negotiators have an essential role in assisting specialist firearms colleagues to complete these operations in the safest way possible.

“The PSNI team was deployed to assist in house entry and arrest operations leading to the arrest of three terrorist suspects.

“For two 12 hour periods we provided the main negotiator expertise for the entire Manchester operation.

“I was really proud of our team, who were complimented on their professionalism and preparation skills by one of the senior Counter Terrorism advisors in Manchester.”

DI Hampton described the experience as one she will never forget:

“Although we have been trained to deal with all eventualities, we are used to dealing with terrorist and paramilitary activity in Northern Ireland so this was the first time we had put our international counter terrorism training into practice.

“We were very honoured to have been able to bring our expertise to help arrest those who are suspected of having the capability of making this horrific bomb and carrying out such a cruel and indiscriminate attack.

“The focus is on bringing them to justice, on behalf of the victims and their families, for this terrible and heartless atrocity, which targeted mostly children and young people.

“I feel very proud to represent the PSNI in offering assistance in situations like Manchester. In Northern Ireland we have, sadly, seen many horrific situations over the years and being able to help and deploy a really strong, competent and capable team to colleagues who are under immense strain, is something that makes me feel proud.” 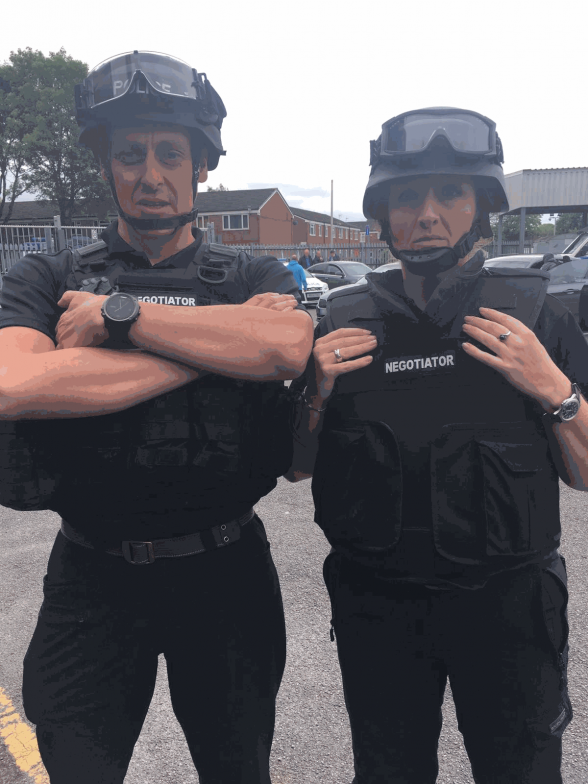 Some of the PSNI Hostage Negotiator team getting ready to go out on the ground.

“PSNI were in a state of preparedness following the Manchester attack should mutual aid requests be made for assistance.

The Hostage and Crisis negotiators deployed quickly and efficiently.

“They were excellent ambassadors for PSNI and their professionalism provided much needed support to the teams in Manchester.

“The Casualty Bureau officers who provided support to the national helpline by taking calls from concerned friends and relatives of those involved in the London attacks worked professionally and compassionately to keep people informed.”