BD TRAVEL….NICELAND FOR US ALL! 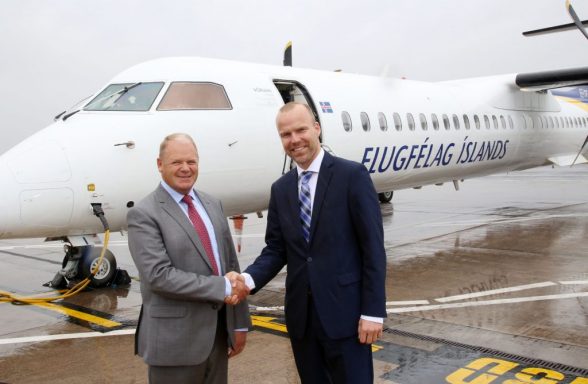 The new year-round service will operate up to three times a week on Tuesdays, Thursdays and Sundays.

“Icelandair is proud to welcome Belfast on board as our latest UK gateway, working again in partnership with our sister airline Air Iceland Connect who will operate the service.

This addition improves our connectivity and enables us to carry even more passengers to our 18 gateways across the US and Canada, via our hub in Reykjavik.” Said Birkir Holm Guðnason, Icelandair CEO.

The new Belfast route is operated by Air Iceland Connect on its 72 seat Bombardier Q400 aircraft in a code sharing partnership with Icelandair, offering great connections at Keflavik International Airport in Iceland to destinations in the US and Canada through Icelandair‘s network.

The flight time is 2:55 hours to and from George Best Belfast City Airport, which is only five minutes from the city centre.

“This is a hugely exciting period for Belfast City Airport following our recent co-hosting of the Routes Europe conference, and the launch of our new three-times weekly flight to Reykjavik will help continue the positive momentum.

“We have a strong track record of forming successful partnerships with internationally-renowned airlines such as Icelandair.

“There has been strong demand for the flights since they were announced in December, with the route offering passengers an extremely convenient connection to a host of destinations in the USA and Canada, and we are confident this will continue to grow.”

The flight from Belfast to Reykjavik provides easy connections with Icelandair’s wide network of destinations in the US and Canada. 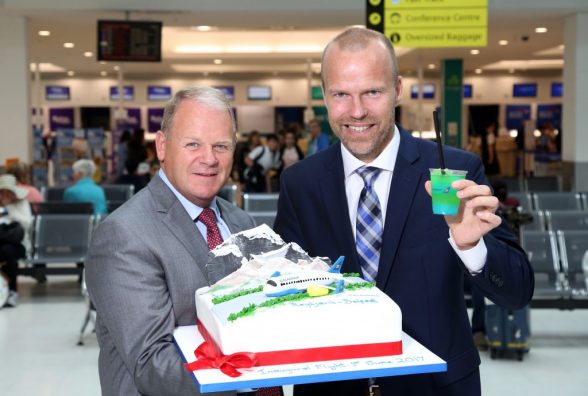 One of the most interesting facets of this new route is the ability to stopover in Iceland at no extra cost. So if you are considering flying to the USA or Canada, think again maybe instead of London, try Iceland as its on the way and you could have a stopover of your dreams.

“Air connectivity is critical to us welcoming more international visitors to Belfast and achieving the city’s ambition of doubling tourism spend by 2021.

“Icelandair’s new service and extensive global network enables Visit Belfast and our tourism partners to proactively engage with potential visitors, from not only Iceland but other key markets including North America.”

“The new Icelandair flight is really good news for tourism to Belfast and Northern Ireland. Not only will it help grow visitor numbers from Iceland, but this new service will also offer connectivity between North America and Belfast. We are delighted to co-operate with Icelandair and Belfast City Airport, to maximise the promotion of this new flight. As an island destination, the importance of convenient flights cannot be overstated – they are absolutely critical to achieving growth in inbound tourism.”