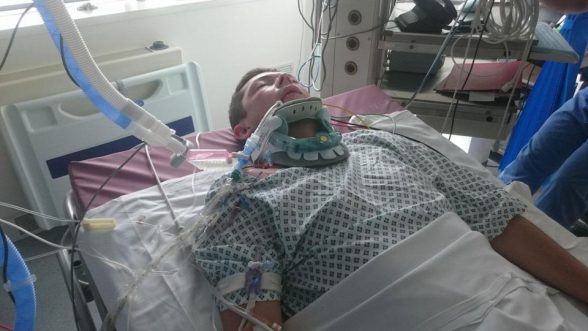 A DEVASTATED Belfast mum has shared this image of her son on life support after buying a US prescription drug on the black market.

She is showing it as a warning to other young people what can happened when they take prescription drugs.

Callum Maddison Shaw had to be rushed to the critical care unit of the Royal Victoria Hospital on Sunday and was not breathing after being found in his mother’s North Belfast home.

He was even too ill to be moved to intensive care.

His sister Shaunna, 26, said: “We are lucky that he is alive. Mason found Callum collapsed and not breathing. He was terrified but he managed to get help and Callum was rushed to the Royal.

“They had to intubate him to get him breathing. We thought he was dead and the doctors were not able to reassure us he’d make it.

“They couldn’t say either way. They said we were in a waiting game and the outcome was unsure because his condition was critical.

“Callum was given drip after drip of fluids but his entire head started to swell up like a balloon and he was unrecognisable.

“It was awful to sit and watch him. He looked so awful we kept mum out of the room but eventually the swelling started to go down and after a day he was transferred to the intensive care unit and he stated to get a bit better but he was still on life support.”

Callum was found by his 16-year-old brother Mason, who alerted his family members. 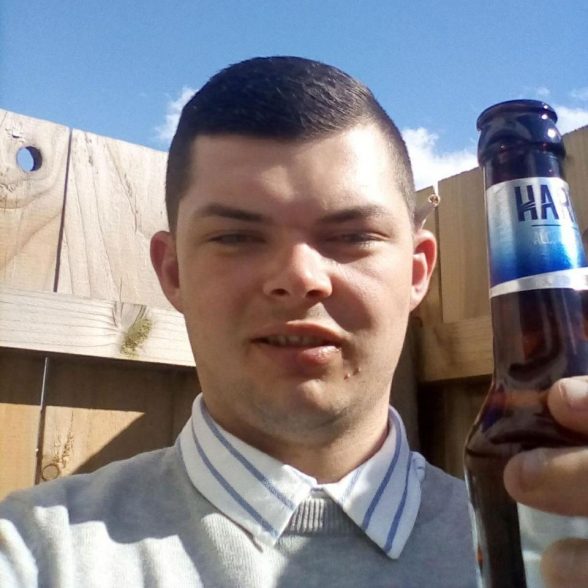 Shauna added: “He had had a tough time about seven weeks ago after a relationship broke up and he says he got Xanax tablets to try to give him a wee lift. But he nearly got a wee lift in a coffin because he nearly died.

“Thankfully he is home now and getting stronger but he is not himself yet and the drugs are still in his system.

“If Mason had not found Callum when he did or if the Royal had not given him the care they did, he would be dead, we know that for sure – and that would have killed all of us.

“People need to think before they do this nonsense.

“They might think that life is hard but things can be fixed and it’s always better than being dead.

“We are relieved but we are angry at Callum for being so daft. I hear the fella who sold him the tablets is in hiding. 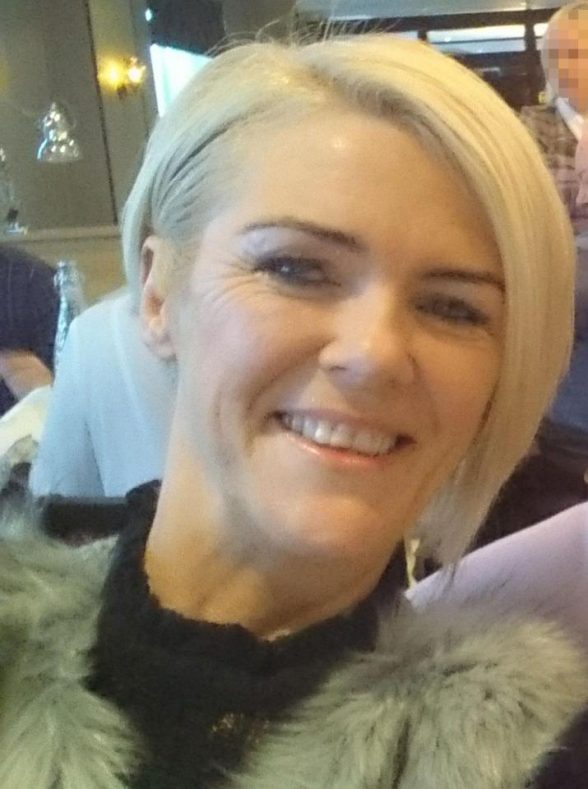 “He cannot hide forever. He cannot get away with this.”

She said: “These have been two of the worst days of our lives.”