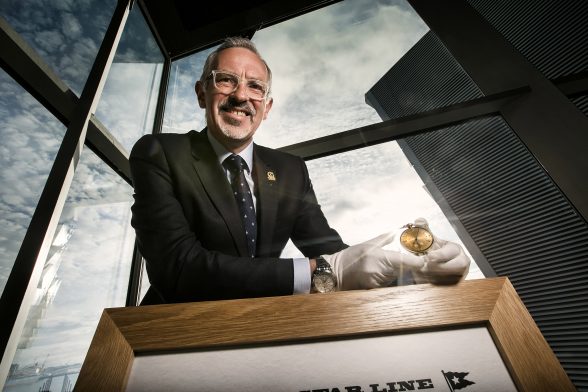 EXTREMELY rare artefacts connected to RMS Titanic’s launch have been unveiled at Titanic Belfast to mark the milestone anniversary (31st May 1911) when the ship was launched in less than 62 seconds from the Slipways.

According to the auctioneers, Henry Aldridge & Sons, the watch was likely worn by Lord Pirrie at the launch of the ship and one of the launch tickets still with its perforated stub (as Captain Alexander Matier could not attend the event) is said to one of the most desirable launch tickets in existence and believed to be the only one of its calibre.

Additional artefacts, originally owned by Charlotte E. Brennan, who at 20 years old worked as a secretary at Harland and Wolff and attended the launch herself, provides visitors with a personal insight to Titanic’s and the Olympic class liners construction.

Her story, alongside her ticket to the launch with shorthand manuscript notes about the ship on the reverse and a Rivet from RMS Olympic will also be showcased in Titanic Belfast’s Launch Gallery.

Memorabilia from the launch is very rare and we are delighted to have these new artefacts to add to our collection.

Each one is very special due to their intimate connection to Titanic’s construction and launch in Belfast. We are proud of this heritage and look forward to sharing the local stories connected to the artefacts with our guests from home and abroad.”

Described by The Guardian as “an inspiring testament to the Titanic and the city that built it”, Titanic Belfast tells the story of the Titanic, from her conception in the early 1900s, through her construction and launch, to her famous maiden voyage and tragic end.

It was recently crowned ‘World’s Leading Tourist Attraction’ at the prestigious World Travel Awards in the Maldives, with over 1 million votes cast from over 216 countries beating off stiff competition from eight global finalists, including Ferrari World Abu Dhabi, the Las Vegas Strip, USA, Machu Picchu, Peru and Guinness Storehouse, Ireland. 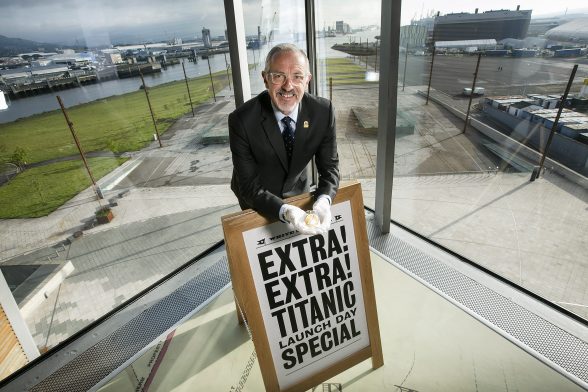 Since opening in 2012, Titanic Belfast has welcomed over 3.5 million visitors including Her Majesty The Queen, former US Secretary of State and Presidential candidate Hillary Clinton, TITANIC director James Cameron, the discovery of Titanic, Dr Robert Ballard, as well as celebrities including Adele and Michael Bublé. For more information, visit www.titanicbelfast.com.