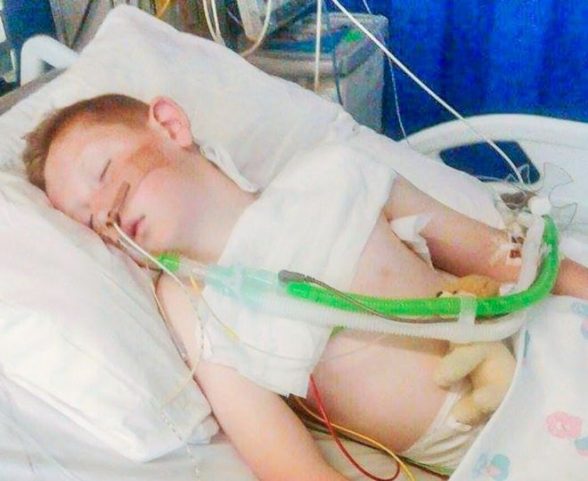 DETECTIVES have made a fresh appeal for witnesses following the discovery of hazardous materials at a bonfire site on Glenwood Street in Belfast earlier this week.

He is now reported to be in a stable condition in hospital.

As doctors hope he makes a full recovery, a police investigation continues to try and track down the illegal dumpers.

Detective Inspector Richard Thornton said: “It’s really important that we find the person or people who dumped this dangerous waste at a place where young children were playing.

“We need more information from the public to help with our investigation.

“We are asking anyone who saw anything suspicious in the Glenwood Street area between Thursday 18th and Monday 22nd May to get in touch with detectives at Musgrave on the non-emergency police number 101.

“Or, if someone would prefer to provide information without giving their details, they can contact the independent charity Crimestoppers and speak to them anonymously on 0800 555 111.”