NI VAPING COMPANY IS SUPERIOR IN MORE THAN NAME 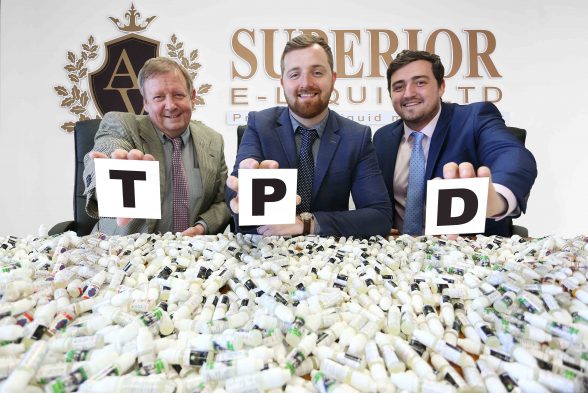 AS new vaping laws come into effect this week across Europe, a company from Northern Ireland is leading the way in the development and production of vaping products.

Derry-based manufacturer Superior E-Liquid Ltd has become the only e-juice manufacturer in Northern Ireland to achieve government compliance for the UK market as part of the European Union’s Tobacco Products Directive (TPD).

Superior E-Liquid was formed in February 2016 by Derry entrepreneur Stephen Ryan and now, little over a year later, is one of Europe’s fastest growing vaping companies, exporting its products to 15 countries worldwide from its factory on the Buncrana Road.

The company manufactures an extensive range of e-liquid brands, including Apache Vapes, Cool Vapour, Sapphire and Chelsea Classic, as well as providing ‘own label’ products to vaping shops and retailers.

The TPD compliance effectively means that the company is now registered with government agencies who are responsible for compliance testing, relating to both branded and ‘own label’ products, to ensure that they are fully compliant with new and existing EU regulations.

TPD is set to have a massive impact on the growth and development of the European e-cigarette industry and applies to all of the EU’s 28 member countries who must enact the directive into their own local law.

Mr Ryan welcomed the new UK laws which came into effect last Saturday (May 20) and claimed that the TPD compliance would have a major impact on Superior E-Liquid and on the industry at large.

“When setting up Superior E-Liquid, we were very aware that these regulations were coming down the track,” explained Mr Ryan, “so from day one, our key focus has been to achieve the all-important TPD compliance that will help us to grow and develop our business throughout the UK, Ireland and beyond.

“We have invested a huge amount of money in bringing Superior and its products to this point but we are confident that our TPD strategy will prove to be the right one and open new doors for the company.

“With the new laws being introduced across Britain, there is naturally a lot of confusion in the industry at the moment so it is vitally important that retailers who sell vaping products can now purchase from compliant companies such as Superior E-Liquid, safe in the knowledge that their products are designed, developed and created to exacting technical standards and have undergone full TPD analysis to ensure that they are fully compliant with EU regulations,” added Stephen. 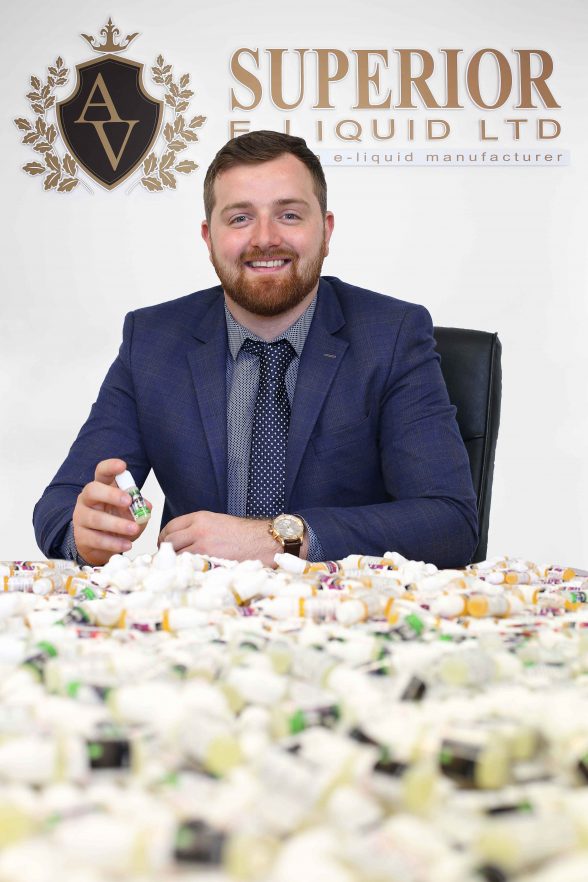 Superior E-Liquid Ltd was formed in February 2016 by Derry entrepreneur Stephen Ryan, pictured here with a selection of the products that it now exports to 15 countries worldwide from its factory on the Buncrana Road.

The new vaping laws include restrictions in e-liquid bottle and tank sizes, strict regulations on nicotine strength, new packaging and labelling requirements, and the banning of ingredients including colourings, caffeine and taurine.

ECigIntelligence has estimated that the European Union e-cigarette sector is worth approximately €2 billion, with a vaping population of almost 11 million.