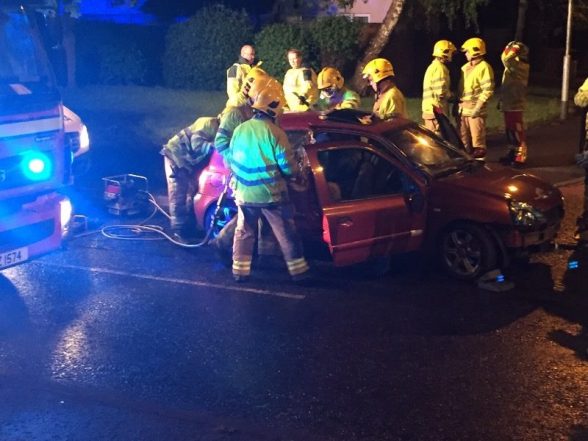 One of those injured in the crash had to be cut from the vehicle by the Fire and Rescue Service.

PSNI West Belfast said on its Facebook page: “LPT officers at Woodbourne are appealing for witnesses in connection with a road traffic collision which occurred at approximately 11.30pm on Wednesday 17th May on the Bell Steel Road, Belfast.

“A silver coloured Nissan Micra with 2 males on board is believed to have been involved in causing substantial damage to a red coloured Renault Clio, leaving 4 persons injured, one of which had to be cut out of the vehicle.

“The Micra then left the scene and was discovered burnt out on Pembrook Loop Road.

“If you have information which may assist Police in their enquiries, please contact Woodbourne PSNI on 101, quoting serial 1366 of 17/05/17.

“Thank you for working with us to get these thoughtless death drivers off our roads and bring them before the courts!!”