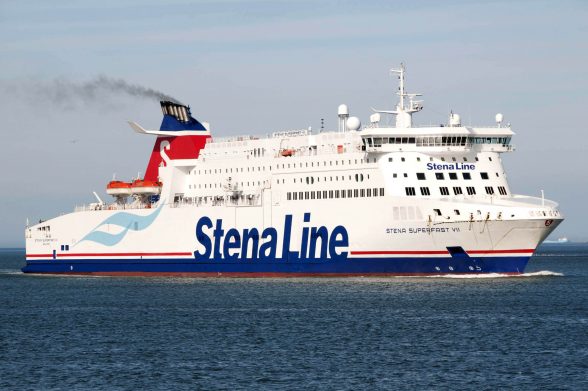 TAKE the car to Britain with the Irish Sea’s leading ferry company, Stena Line and visit the locations where some of the best-loved films and TV shows ever created were made.

For decades now, Britain has been one of the go-to places for savvy location managers looking for the perfect backdrops to film their big-budget Hollywood movies, TV productions and music videos.

And people love to visit these locations in order to capture their beauty in a selfie or relive a favourite scene from a film or Television programme.

Getting to Britain couldn’t be easier or more fun, explained Diane Poole from Stena Line:  “Stena Line offers four great routes from Ireland to Britain and there is no better way to travel when visiting the fantastic locations made famous by the big screen.

By taking the car on holiday, visitors have the opportunity to take in as much of Britain as they want to and get to see the sights of the magical locations that appeared in the likes of Skyfall, Harry Potter and Braveheart.

“What’s more, don’t miss out on the chance to bring a friend for free when you book a new motorist fare by May 22 as part of Stena Line’s celebrations of National Ferry Fortnight.

“With this show stopping offer you can travel up to December 17, and with prices starting from just £79 single for a car plus 2, it’s time to ring a buddy or tell a family member they’re going to Britain for a Hollywood themed trip, for free!

“There are many reasons to have a short break in Britain but a visit to locations seen on the big and small screen is such an exciting way to spend time with the family and make some lovely memories,” concluded Diane.

Set sail to Britain with Stena Line and visit some of these magical locations:-

Anyone who books a new motorist fare by May 22 to Britain on the Belfast – Cairnryan and Belfast – Liverpool, Dublin – Holyhead, Rosslare – Fishguard routes as well as the Harwich – Hook of Holland route with leading ferry company Stena Line, gets to bring a friend for free* (for travel up to December 17)!

*Terms and conditions apply. See the Stena Line website for full details.  Must book 48 hours in advance. Excludes vans, freight and foot passengers.  Not available in conjunction with any other offers or promotions including Tesco Clubcard Boost tokens.  Offer is available on new Economy, Flexi or Premium motorist fares.  Offer not available for Premium fares on Dublin to Holyhead and Rosslare to Fishguard not included.