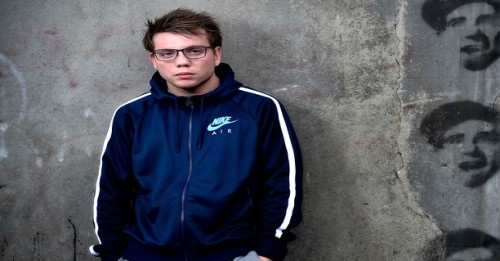 EVIL Orhan Koca concocted a tissue of lies to try and hide the reason why he brutally stabbed to death Eamonn Magee jnr, a court heard.

Mr Justice Treacy told him he would have to spend 14 years bars without parole for the horrific attack on the promising young boxer, who was the son of former world boxing champion Eamonn Magee.

He claimed to probation that he saw an intruder in his ex-wife’s house in Twinbrook, west Belfast, and decided to arm himself with a blade.

But judge this explanation as “mendacious” and “wholly implausible”.

The real reason was that he was jealous of 22-year-old Eamonn Magee being in a relationship with his former wife and mother of their two children.

In fact, Koca armed himself with a knife he stole from a bar he worked at in west Belfast, lay in wait for young Eamonn and then pounced as he came out of the house to check on a pizza delivery.

Jealous Koca, who also worked in a Turkish barber shop in the area, stabbed Eamonn not once but SIX times.

Then the cowardly thug fled and disposed of his blood stained trousers.

However, the court heard today that the murder weapon has never been found.

Outside court, a still devastated dad Eamonn Magee snr said: “No sentence imposed will ever bring back my son.”

The senior police officer who led the investigation, Det Supt John McVea, said Koca had carried out the murder through a “jealous rage”.

Speaking outside Belfast Crown Court, Det Supt McVea said: “Our thoughts today are with the family of Eamonn Magee Jr. 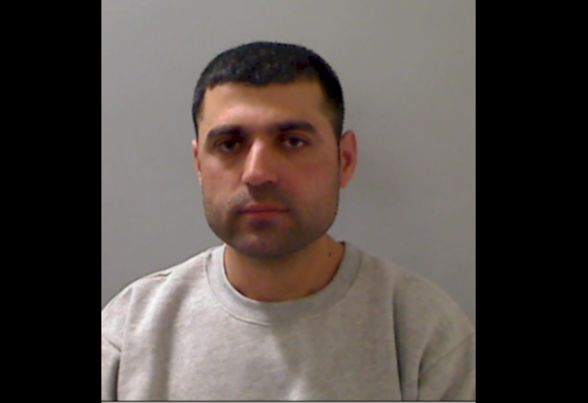 “They have understandably found this whole process extremely emotional and harrowing.

“They are still coming to terms with the loss of a beloved son and brother, whose life was cruelly cut short due to the jealous rage of Orhan Koca.

“Eamonn was a young man in the prime of his life and had a very promising future in boxing.

“His dreams to take his boxing career to a higher level will now never be realised and his family have been denied a future with Eamonn.

“He was a popular young man and had been studying engineering at Ulster University.

“On Saturday 30th May 2015 Eamonn was visiting his friend in a house that backs onto Summerhill Park in West Belfast and at approximately 2.30am he was attacked as he came out to check for a pizza delivery.

“Koca planned the attack and had been following and monitoring Eamonn’s activities on social media.

“In fact he was the most searched item on the killer’s telephone and internet – on over 100 separate occasions.

“We also know he deleted photographs of Eamonn from his telephone on the night of the murder.

“Koca then lay in wait for Eamonn in the rear garden of his estranged wife’s house where the then carried out this unprovoked and vicious attack.

“The delivery of a pizza co-incidentally and tragically provided him with that opportunity. Eamonn was stabbed a number of times in the garden and later, despite best efforts to save him, sadly died as a result of his injuries.

“This was a brutal murder and one which Orhan Koca carried out in a jealous rage.”

DS McVea added: “While we hope that the life sentence given  to Orhan Koca today, will, in some small way, provide comfort and a degree of closure for the Magee family, let’s not forget they are still facing a lifetime without their loved one.

“I would like to thank the community in West Belfast for their co-operation and assistance in this investigation.

“They provided information and made statements which all helped police make a speedy arrest only hours after the murder and place Orhan Koca before the courts to face the consequences of his heinous actions.”