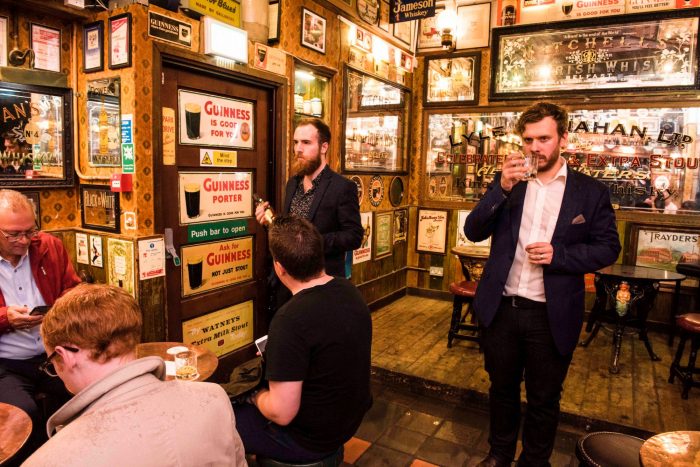 LOCAL whiskey lovers are in for a treat as a series of unique events will take place across Northern Ireland in the run up to World Whisky Day and beyond.

The global celebration, which takes place on 20th May, invites the public to ‘try a dram and celebrate the water of life’.

Closer to home, Dillon Bass – owners of the largest Irish whiskey portfolio in Northern Ireland, including iconic brands, Jameson, Powers and Redbreast – will lead the charge, hosting a series of special events throughout the month of May.

The iconic Powers Irish whiskey brand is at the heart of the celebrations, as an official partner of this year’s World Whisky Day.  Local Belfast whiskey aficionado, Joe Magowan, Powers Irish Whiskey Ambassador at Dillon Bass, will also be on hand to share his whiskey wisdom, provide tips on the perfect pairings and much more.

Experience a selection of Belfast’s best whiskey bars, make your own old fashioned cocktail, enjoy an Irish coffee and try the Powers family of whiskeys in this one-off whiskey walk. Conducted by Powers Irish Whiskey Ambassador, Joe Magowan in conjunction with the award-winning Taste & Tour, the event will provide attendees with a new-found knowledge and appreciation of Irish Whiskey, the diversity and quality of the Powers range, and the Belfast bars that serve it, with some nibbles and whiskey related goodies thrown in for good measure. Availability is very limited. To book, visit: http://tasteandtour.co.uk/

Immerse your taste buds at the Powers single pot still tasting experience on Tuesday 16th May 2017, with a guided tasting of the Powers family of Irish pot still whiskies by Powers Irish Whiskey Ambassador, Joe Magowan. Tickets for the event can be purchased directly from Duke of York on 02890 241062.

The perfect opportunity to try a complimentary sample of the 21st century embodiment the traditional Irish Pot Still whiskey – Powers Three Swallow is robust, spicy and powerful. For further information, contact Milestone Service Station on 028 4063 0336 or McSwiggans on 028 7963 3370.

Join Joe Magowan in Finegan & Son, Newry, for an innovative coffee and Powers Irish Whiskey event in conjunction with Bailies Coffee. Mini burgers will be matched with whiskey and a twist on an Irish coffee, created. This is an experience you will not want to miss. Tickets can be purchased from Finegan & Son on 028 3025 7141. 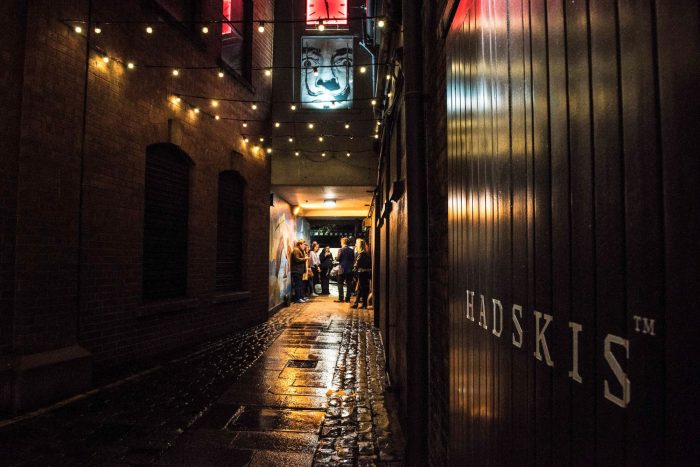 Local whiskey lovers are in for a treat as a series of unique events will take place across Northern Ireland in the run up to World Whisky Day and beyond.  Photo: Elaine Hill Photography.

“World Whisky Day is about making whiskey fun and enjoyable for everyone, whether you are an experienced whiskey drinker or a total novice that’s never tried it before.

“Through a series of fun, diverse events, taking place across Northern Ireland, we want to share our whiskey wisdom and show how Irish whiskey can appeal to everyone and the many ways it can be enjoyed. Whether it’s served neat, on the rocks or mixed, there’s now more ways than ever to enjoy Irish whiskey than ever before.”

For more whiskey wisdom and for upcoming announcements about World Whisky Day events and activities in Northern Ireland, visit www.whiskeyclub.com or connect with Powers Irish Whiskey on Facebook and Twitter, @PowersWhiskeyNI