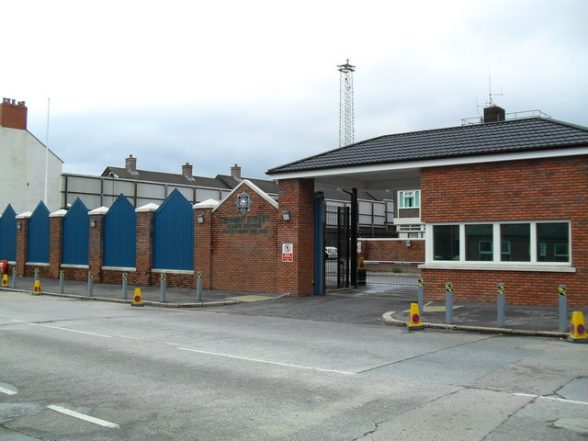 POLICE in north Belfast are appealing for information after one of its vehicles parked in Tennent Street station’s rear yard was hit by a metal-tipped bolt, fired by a crossbow.

The rear windscreen of the vehicle was completely shattered in the incident.

Sergeant Greg Dawson said: “The car was damaged between 5pm and just after 7pm yesterday, Wednesday 10 May.

“We believe that the crossbow may have been fired from the area around Cambrai Street, near to a housing association building, meaning that the bolt travelled a distance of between 40 and 50 metres.

“Anyone who knows anything about this attack should contact police on the non-emergency number quoting reference number 1208 of 10/5/17.