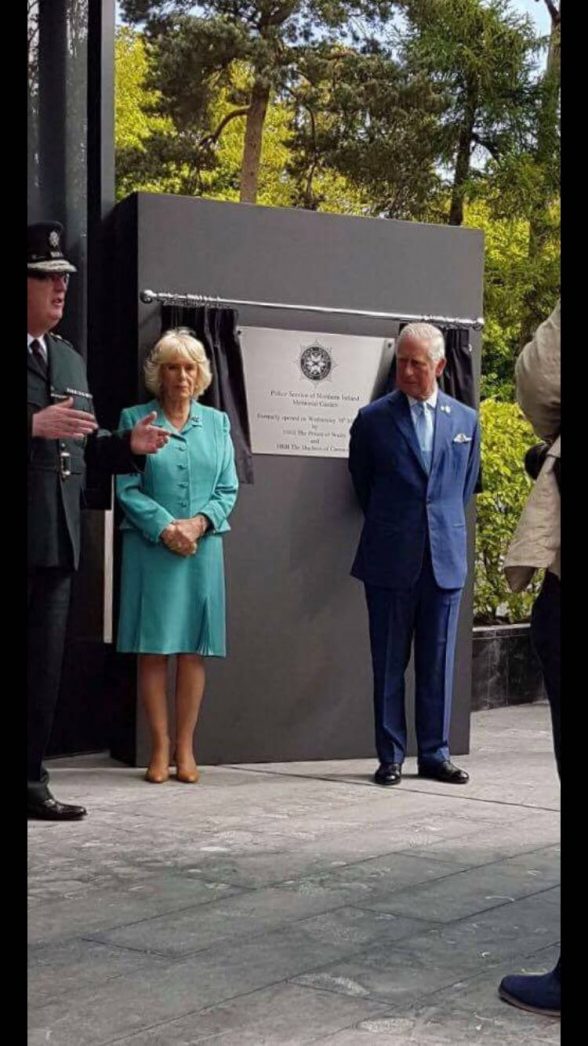 PRINCE Charles has opened a garden of remembrance for police officers killed on duty in Northern Ireland.

Relatives of those killed or injured on duty attended the ceremony at PSNI headquarters in east Belfast.

The Prince and the Duchess of Cornwall laid a wreath in honour of the dead and held brief talks with NI Chief Constable George Hamilton.

They are on a two-day visit to NI and the Republic of Ireland.

The garden pays tribute to the 13 officers who have died since the PSNI was founded in 2001; their names are recorded in a book of remembrance.

The new garden adjoins a memorial garden to the 300 officers from the PSNI’s predecessor, the Royal Ulster Constabulary, who were killed during the Troubles.

Speaking at the opening ceremony on Wednesday, Mr Hamilton said it was a very special, but also sad, day for the families and the police service as they remembered those who had died.

“This is a fitting tribute to our colleagues who have died in the course of their service and will ensure that their dedication to duty and sacrifice is never forgotten,” he said.

“The visit was also an opportunity for HRH Prince of Wales and HRH Duchess of Cornwall to meet personally with the family members of those who had died and lay a wreath and flowers in their memory.”

The Duchess of Cornwall was presented with a posy of flowers by seven-year-old Victoria Grieves whose father Constable Gary Grieves died in a road traffic collision as he was travelling home from duty in August 2010.