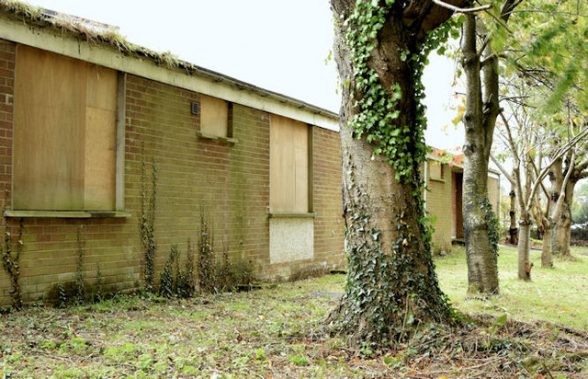 DETECTIVES from the PSNI’s Reactive and Organised Crime Branch have launched an arson investigation after a blaze gutted a building in east Belfast last night.

The deliberate fire at the Joss Cardwell building sited on the Holywood Road completely destroyed the building.

Up five appliances from stations across Belfast and dozens of personnel were drafted into tackle the blaze.

Following an examination of the scene, it is understood forensic teams who sifted through the charred debris have found at least one seat of blaze.

A PSNI spokesman said today that an investigation is underway.

“At approximately 8.55pm police received a report that the building was on fire. NIFRS were in attendance.

“The fire, which is being treated as deliberate, destroyed the building.

“Sergeant Anne McCourt would appeal to anyone who has any information which may assist with enquiries to contact Police at Strandtown PSNI Station, on the non-emergency number 101, quoting reference 1383 09/05/17.