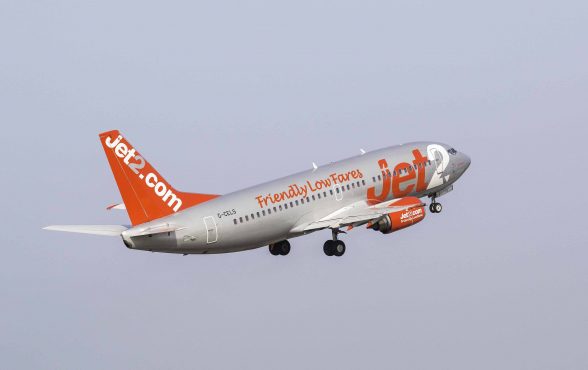 An additional aircraft will be based at Aldergrove, bringing the total to four, and the company will add more holiday destinations to its schedules.

The airport said the move will create 50 jobs.

Jet2 has been operating from the International for more than a decade.

During that time it has dropped a number of routes, such as Pisa, Murcia and Prague, in favour of other destinations.

Belfast International predicts it will handle a record 5.8m passengers this year.

Most of its recent growth has been driven by the arrival of Ryanair, who began operating from Belfast International last year.

Managing director of the airport, Graham Keddie said Jet2’s decision to base another aircraft in Belfast was “a multi-million pound commitment”.

“It is the clearest possible signal by the airline that Northern Ireland is a good place to invest. ”

Mr Keddie had announced the latest expansion at a major airline conference in Belfast on Wednesday, but without revealing the identity of the airline involved.

In 2016, a record 7.8m passengers used Northern Ireland’s airports, but expansion of long-haul routes has been challenging against the dominance of Dublin Airport.