BD TRAVEL FEATURE….KEEP ON RUNNING WITH THE TOP FIVE MARATHONS IN ASIA 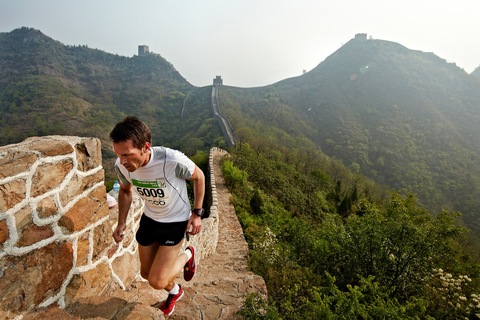 AHEAD of the London Marathon this weekend, Asia touring specialist Wendy Wu Tours has pulled together a list of marathons taking place around Asia that keen runners can take part in. For those who would like to travel without the running, Wendy Wu Tours has paired each marathon with an exciting, active ‘Discovery’ tour around Asia, visiting those same incredible locations.

Celebrating its 18th year, this is recognised as the most challenging marathon in Asia. Nearly 3,000 runners attempt to conquer the Great Wall’s 5,164 steps, reaching elevations of over 500m from the start line. The route travels along both restored and more traditional sections of the wall, as well as going through local villages and the picturesque surrounding hills, making it one of most unique marathons in the world.

For those who prefer to explore the wall at a slightly gentler pace, travellers could experience sunset on the Simatai section of the wall and a six hour trek from Gubeikou to the Jinshanling section on Wendy Wu Tours’ 17-day ‘A China Adventure‘ from £3,190pp.

Taking place in the Angkor Archaeological Park in Siem Reap, Cambodia, this picturesque marathon takes in several UNESCO Heritage Sites, including Angkor Wat, Bayon Temple, Ta Prohm and Pre Rup. The race begins and ends in front of the majestic Angkor Wat, with the race beginning at 4.30am so that participants can experience the famous sunrise and avoid the heat of the day.

Another way to see the Angkor Wat complex is from the back of a traditional tuk tuk, which travellers can experience on Wendy Wu Tours’ 21-day ‘Vietnam & Cambodia Discovery’ tour from £3,190pp.

This marathon takes place in the ancient city of Bagan in Burma, which is home to over 2,000 magnificent stupas, temples and crumbling pagodas, making it one of the most picturesque running events in the world. The marathon starts at the ancient Htilominlo Temple, which was constructed in 1211 AD, passing by various temples and traditional villages along the way with the locals creating a vibrant atmosphere to keep the runners’ spirits high.

The beauty of the Htilominlo Pagoda can be admired on Wendy Wu Tours’ 17-day ‘Hidden Treasures of Burma‘ tour from £3,690pp, which spends three nights in Bagan.

One of the newest marathons in Asia, this race takes place along the coastal route of Vietnam’s most famous site, Halong Bay. The route is a haven of natural beauty, taking runners through fishing villages and along the shoreline, before heading over Bai Chay Bridge, the longest single span bridge in Southeast Asia.

Travellers can also take in the natural beauty of Halong Bay with Wendy Wu Tours, spending two days and one night on a cruise of the area on the 17-day ‘Reflections of Vietnam’ trip from £2,790pp. Guests could alternatively spend three days on a deluxe boat on the luxurious 18-day ‘Classical Vietnam’ tour from £4,290pp.

Once runners have ticked off the London and New York marathons, Tokyo is often next on the list. Around 10,000 runners take to Tokyo’s streets, running through some of the city’s most famous areas including Shinjuku, Asakusa and Ginza. The flatter route allows runners to take in the blend of old and new architecture, from awe-inspiring skyscrapers to Buddhist temples.

Travellers can experience the fascinating fusion of past and present in Tokyo on Wendy Wu Tours’ 13-day ‘Trails of Japan‘ tour from £4,890pp, which includes visits to a traditional sumo wrestling match, the one-of-a-kind Robot Restaurant and a Japanese drumming Taiko class.