A dissident republican splinter  group ridden with MI5 and PSNI touts could be on the verge of ending its terror campaign,

Such has been the level of security force penetration of Oglaigh na hEirean -self-stlyle ONH – that it has not mounted any terrorist attacks on the security forces in recent times.

Fortunately, it has never been able to kill anyone with terrorist bombs.

It came extremely close in January 2010 when it tried to kill Catholic police officer Peadar Heffron.

The device exploded under his Alfa Romeo car as it travelled along the Milltown Road in Randalstown as he head to work at Woodbourne PSNI station in west Belfast.

The Derry-born Irish speaking police officer miraculously survived the attack but was left with horrific left and abdominal injuries and is now left in a wheelchair for the rest of his life.

Last October, ONH was blamed for shooting a couple in their west Belfast home as they tried to shield their son from a punishment attack.

One of its leaders, 41-year-old Carl Reilly, from the Springfield Road in west Belfast, was earlier this month returned for trial accused of directing the activities of ONH and professing to be a member of the illegal organisation.

Now a weekend Easter statement by ONH’s political mouthpiece group, Republican Network for Unity, has confirmed speculation that the terror organisation is close to disbanding.

The statement was made by former republican prisoner Gary McNally during an address in the Ardoyne area of North Belfast at a small Na Fianna hEireann (youth wing) rally.

It made no mention of ONH carrying on its pointless terror campaign.

Instead, it talked about internal discussions about the future of clo

“We have assessed our strengths and weaknesses, we have taken stock of our capabilities and our inabilities, we have looked at what we do well and what we do poorly, we have measured this against the current political climate, the will of the average person in our community and recent local and global changes in the political arena.

“We recognise that we must move forward WITH our people, not without them and not ahead of them or eventually they will move forward without us.

“For too long Irish republicans have remained on their knees, constrained by an inability to modernise and accept the situation on the ground.

“Not bartering our ideological principles, we must act in a mature and realistic manner and act in accordance with the will of the people, the base from which republicanism draws its support.

“The four brave Fians, for whom we gather here to remember, along with thousands of other republicans reacted to the situation on the ground and the political climate in which they found themselves, we must do the same.

“We need to take heed of the wants and desires of the Irish people. There is no merit in attempting to represent them while continuing to ignore them. This should be the antithesis of republicanism.

“Republicanism historically has offered the people of this island a vision of self-determination, free from the benign influences of foreign power holders, a democratic ideology which seeks not only a constitutional change but offers ownership of the Ireland to the entire people of Ireland.

“The proponents of this vision have offered the only viable alternative to imperialism in the past three centuries, degrading that status to that of a political quagmire or a bit part attempt to remove the British connection would be a denigration of past struggles and regressive to the objectives of Irish separatism.

“This cannot happen, we will not allow it to happen – for both ourselves and for the future generations who deserve our efforts to be directed into building a credible, cohesive and capable vehicle. One that can deliver an end to partition and secure Irish sovereignty. 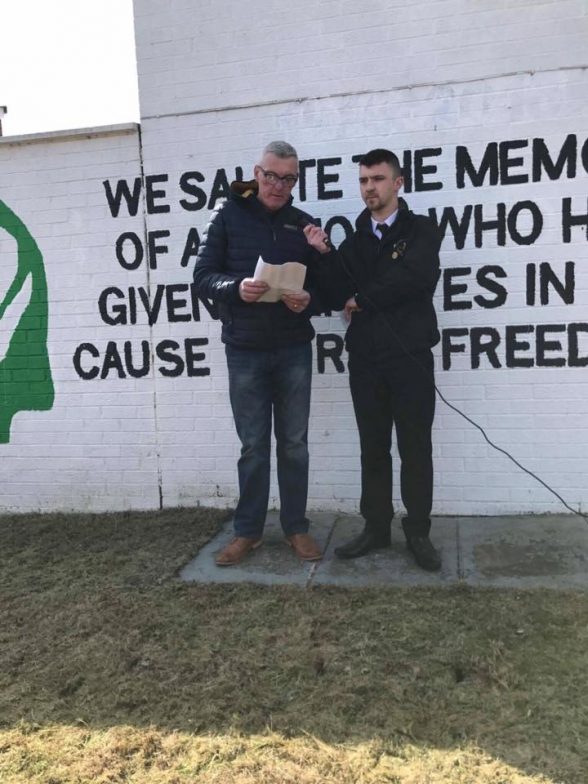 “The integrity of the republican position must be maintained by those who espouse it. This can only be done through avant garde thinking, future orientated strategies and sincere attempts to advance that position.

“Sticking to handed down narratives and continuing to pursue failed or failing ventures in the hope of remaining relevant is accelerating irrelevancy.

“Wallowing in mediocrity created by this irrelevancy is sapping the integrity of the republican position. Irish republicans must make innovative, creative and bold decisions to uphold this integrity.

“Republicans recognise that we not only need to get our house in order, but we must begin its construction. Therefore, the republican movement is moving forward with a 21st century agenda.

“We are refining our message and strategizing our own unique way of articulating political dissent. We are reshaping our public outreach and appearance. This change will be too much for some people.

“Some people will lose their seat at the table, many already have. We are not republican elitists, but we won’t allow anybody to undermine the integrity or forward trajectory of a rejuvenated republican base. Republicans have demonstrated this in recent times.

“Irish republicans must provide a coherent vision of the future, what a United Ireland will look like, how it will benefit the Irish people as a whole and how we can achieve this.

“The window of opportunity has been made smaller by the latest election results. Republicans must begin the change this and widen the window.

“An opportunity, albeit small, exists for republicans to forge together and ensure our vision of the future enters national debate.

I appeal to each of you here today, to go from here and think about our message.

“Think about the republican position in the local and global context. Think about how best to advance that position in line with current political realities.

“Easter is a time for reflection and opportunities are for those who seize them.”