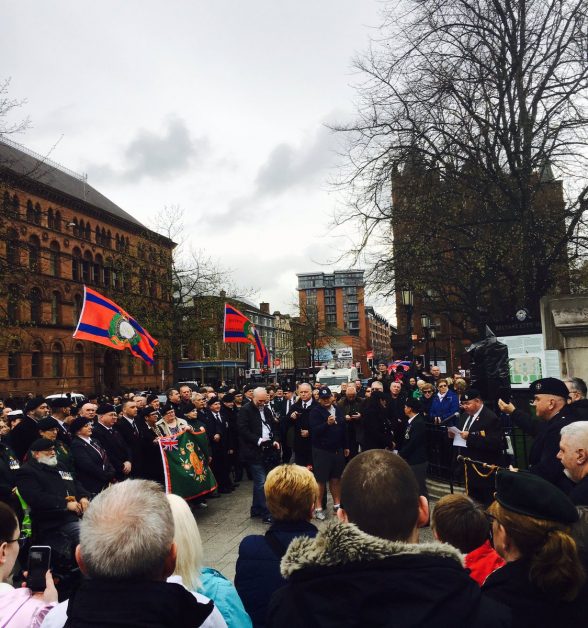 A military veterans’ rally was held amid tight security in Belfast as dissident republicans protested just feet away in the city centre.

A PSNI helicopter hovered overhead throughout the security operation to prevent any trouble by dissidents who were heard chanting ‘IRA’ during the small protest.

The event and counter-demonstration started and ended peacefully amid a tense atmosphere in the city centre.

All roads in the city centre have now re-opened to traffic.

The rally, organised by Justice for Northern Ireland Veterans (JFNIV), is seeking to highlight what it alleges is a legal witch-hunt against former security members who served during the Troubles.

There are similar rallies taking place in London and Glasgow organised by a campaign group formed in response to a number of recent prosecutions of former soldiers in relation to incidents during the region’s sectarian conflict.

A republican group gathered for its own rally in Belfast.

Saoradh was formed in late 2016 with the backing of violent dissident republican prisoners.

It counts among its leaders as Colin Duffy currently awaiting trial for trying to kill PSNI officers in north Belfast in 2013.

Around 150 participants stood on the other side of a police line holding placards and singing anti-British songs.

Outside City Hall, on the other side of the road, pipers played and speakers called for an end to what they alleged was unfair treatment of former security force members.

A crowd of around 500 attended the veterans’ rally.

The JFNIV event in London is taking place at Horse Guards Parade, while George Square will be the focus of the Glasgow demonstration. 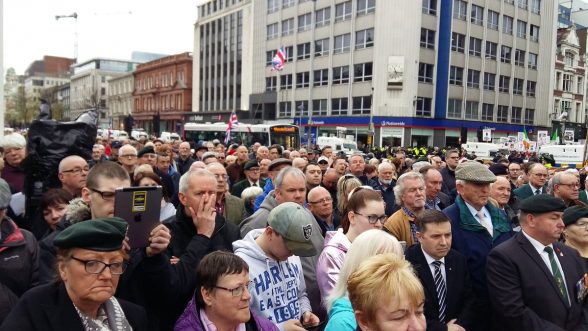 Last year, two former soldiers were told they will be prosecuted for murder over the 1972 death of official IRA commander Joe McCann.

The 75-year-old is to face trial accused of attempting to cause grievous bodily harm in relation to a fatal shooting in 1974.

Hutchings, from Torpoint in Cornwall, is due to address the veterans’ rally in London. 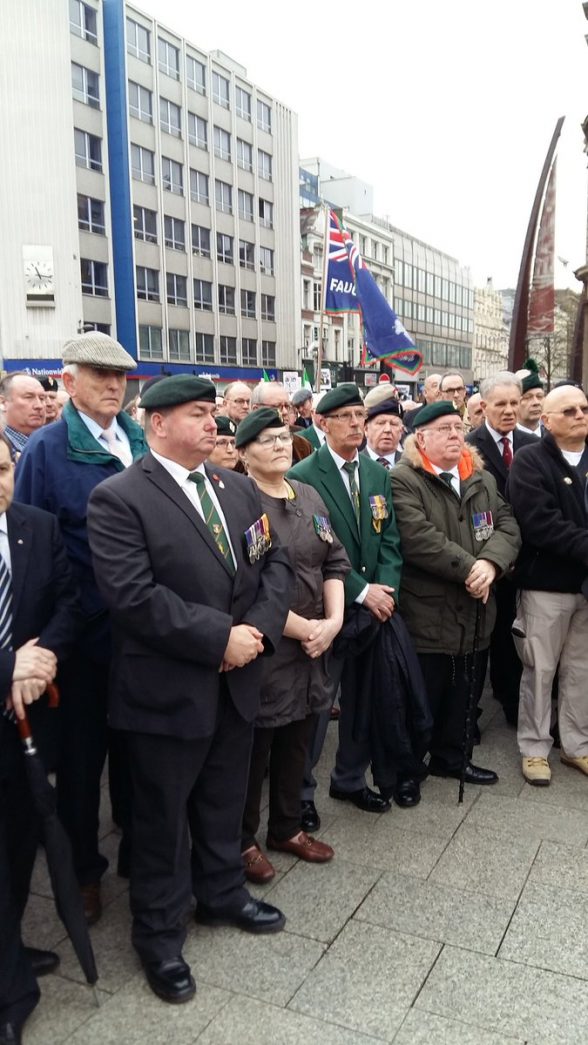