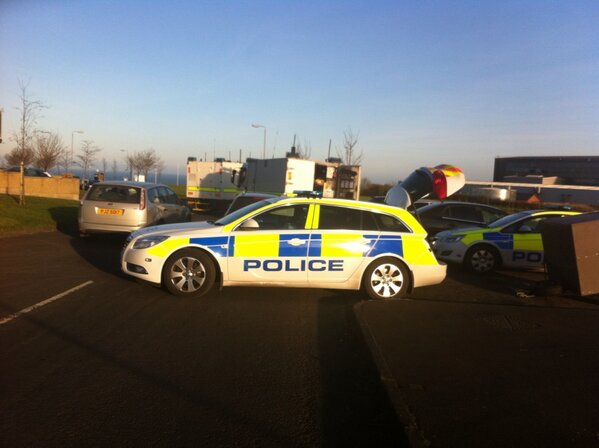 PSNI chief said they would like to thank the local community for their patience during a security alert in the Azalea Gardens area of Dunmurry, which has now ended.

A number of controlled explosions were carried out overnight on a suspect vehicle.

The car which has been recovered in the operation is believed to be linked to recent criminal activity in the area.

A number of items have been recovered and taken away for further examination.

“We suspect that this car  – a black Ford Mondeo – may be connected to a robbery at office premises in The Cutts area on Monday 3 April when three men, dressed as postmen and one armed with a suspected firearm, entered the offices, assaulted two female members of staff and made off with a sum of money.

“I would like to express my sincere appreciation to the local community, who have been inconvenienced during the operation, for their patience.”