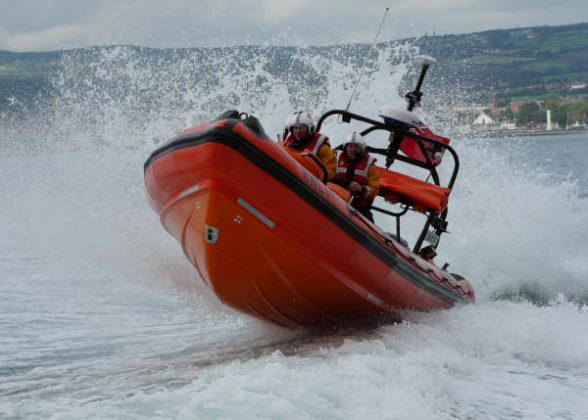 TWO teenage girls were rescued last night by coastguard after getting stuck on rocks off a seaside town.

It is understood that they had been stuck on the rocks in Ballymacormick Point near Bangor, Co Down, for a number of hours.

The alarm was raised around 9 pm.

The girls, both aged 15, were treated by paramedics for the effects of cold.

Ryan Gray from the coastguard said: “It’s quite a difficult area to get a boat in there should we need to, which is part of the reason that the coastguard rescue helicopter was tasked.

“The girls had gone for a walk but had gone out too far and the tide had come in around them.”

At one point it is believed the teenagers were waist-high in water.

“They were very appreciative of the emergency services.”