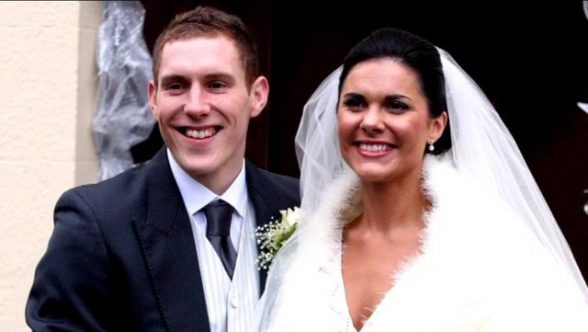 JOHN McAreavey has returned to Mauritius where his new bride Michaela was strangled to make an emotional public appeal for help and offer a £44,000 reward to catch her killers.

He said he felt betrayed by the justice authorities on the holiday island, accusing them of inaction in the stalled investigation into his wife’s murder while on their honeymoon.

Mrs McAreavey, a 27-year-old teacher who was the only daughter of Tyrone gaelic football manager Mickey Harte, was killed in her room in a luxury resort hotel in 2011.

Two former hotel workers were acquitted of the crime after a high-profile trial in the summer of 2012.

Mr McAreavey, who has since remarried, said his quest for justice would not end until those responsible were brought to justice.

“Over the past six-and-a-half years our resolve to win justice for Michaela remains undiminished,” he said.

“We believe we have given the Mauritian authorities every chance to deliver on their very public promise that justice would be done.

“However, until this visit the reality falls far short of that and as the years have passed it appears that the unofficial policy has become one of ‘out of sight – out of mind.’

“But we have no intention of just slipping out of mind or sight. Michaela deserves justice and we intend to get it. We should not have needed to make this very painful return journey.

“Put quite bluntly, we have felt let down time and time again, and, indeed, feel betrayed by a process that has failed us and Michaela.”

The reward will be paid to anyone who provides information that leads to the successful prosecution of the killer or killers.

Mr McAreavey was accompanied by his sister Claire and Mrs McAreavey’s brother Mark as he addressed the media in the Mauritian capital of Port Louis.

He has already met police chiefs and Mauritian Prime Minister Pravind Jugnauth on the visit.

“Today we take some comfort from the assurances given by the Prime Minister yesterday that Michaela will get justice, but to achieve that we need the help of those who may know something, but have not yet come forward for whatever reason,” he said.

“Therefore, we are now making a direct appeal to the people of Mauritius, many of whom have shown us kindness and sympathy, and who were outraged at the atrocity at the time, to come forward with any piece of information, no matter how small, but which may be relevant in bringing the day of justice closer for the killers of Michaela.

“It is our sincere hope that the substantial reward which we are offering will send out a powerful message about our determination to keep on seeking justice.”

A confidential telephone hotline has been set up to enable people to contact the Mauritian police anonymously.

“As time marches on this could be our final chance to obtain justice for Michaela, but we can’t do it alone,” he said.

“We need the help of the people of Mauritius. Please help us as our fight goes on.”