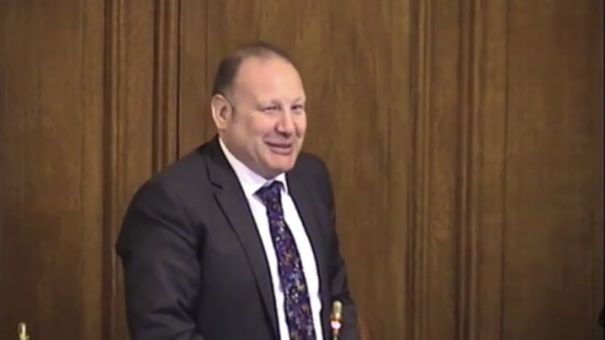 A DUP councillor is facing calls to apologise after saying he liked the sight of a female council boss riding past him on her bike.

The sexism row has rocked Belfast City Hall which is no stranger sexist comments over the years.

Councillor Graham Craig made the controversial comments at a meeting of Belfast City Council last night as the chief executive, Suzanne Wylie, sat in the chamber observing proceedings.

The remarks have been condemned by Alliance, SDLP, and Green councillors who have urged the DUP representative to withdraw them.

Mr Craig, who defected from the Ulster Unionists to the DUP last year, made the comments during a debate about cycling in the city.

Speaking after a PUP councillor, Dr John Kyle, had spoken on the issue, Mr Craig said: “I’m not sure that it’s pleasure but he (Councillor Kyle) whizzes past me the odd morning on his way into work as I’m walking down the greenway.

“And I often have the slightly greater pleasure of the chief executive whizzing past me on her bicycle in the morning which does quicken one’s step slightly.”

Mr Craig’s comments caused some laughter in the chamber – but he was also asked to withdraw them by SDLP councillor Donal Lyons.

Mr Lyons urged the DUP representative to “reflect on his comments and show even the basic level of respect to everyone who sits in this chamber”.

The DUP Lord Mayor, Brian Kingston, who was sitting beside Ms Wylie, said he would have to agree on the question of personal comments and that “we should think before we speak and speak appropriately”.