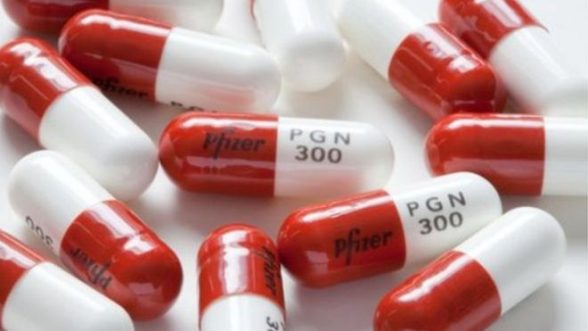 Police have said that while they believe drugs may have played a factor in at least two of the deaths, there is no one drug suspected to be common to these victims.

One theory being investigated that some of the victims may been taking Lyrica, a prescribed drug used to treat epilepsy and neuropathic pain.

There has also been reports on social media of a ‘bad batch’ of herion in circulation.

Post mortem examinations are due to take place today along with toxicology tests that will determine the causes of each death.

Detective Chief Superintendent Tim Mairs, Head of Reactive and Organised Crime Branch, said: “Investigations are at an early stage but I would like to take this opportunity to re-inforce the dangers posed by taking any illegal drug or any medication which is not prescribed for you.

“Misuse of drugs can affect anyone and we recognise that many vulnerable people are being exploited for the financial gain of those higher up the supply chain.

“The number of deaths in Northern Ireland connected to drug use is on the increase and this is a concern. Sadly, these are all preventable.

“In fact, more people are dying from misuse of opioid drugs in Northern Ireland than in road fatalities, which is a very stark reality.

“Behind each of these statistics is a person and also a family who are living daily with this loss.

“The dangers involved in drug taking are clear to see.

“They have devastating effects not only on the individuals, but also to their families and communities who have to deal with the negative behaviours drug taking induces such as violence, antisocial behaviour, effects on mental health and also the ultimate price which is losing a loved one.

“This is why tackling drugs remains a priority for police. Officers do this across our communities on a daily basis.

“We also run Operation Torus across Northern Ireland, a campaign to specifically target street level drug dealing, twice a year. Our 1st Op Torus campaign for 2017 has just ended – it ran from February 27 to March 26.

“Police seized more than £793,000 worth of drugs, conducted 389 searches resulting in 92 arrests and have also charged or reported 74 people to the Public Prosecution Service.

“The seizure of £793,000 worth of drugs over the past four weeks is ongoing proof that our commitment to acting upon information provided by communities has paid off.

“We could not carry out the job we do without the help of communities.

“We continue to encourage anyone with information regarding drugs to come forward and help us reduce the threat of dangerous and illegal drugs on the streets.

“Police will continue to target drug dealers and those in the supply chain in Northern Ireland to try and remove this scourge on society.

“However, this is not a problem that police can solve alone. We can tackle the symptom and will continue to work with our partners in other sectors including health and education to address the wider causes.”

Seamus Mullen, Head of Health Improvement in the Belfast area for The Public Health Agency (PHA) said: “All drugs carry risks, therefore the PHA strongly recommends that you do not take them.

“If you have taken drugs and are feeling unwell, please seek medical help urgently.

“If you think you might have a problem with alcohol and/ or drugs and would like to get help please visit www.drugsandalcoholni.info for information on support services near you.

“There is also a range of support services available for people who are affected by a loved one’s drinking and/or drug misuse.

“Information is also available at www.drugsandalcoholni.info.

“These services are available to you regardless of whether or not your loved one is receiving help for his or her alcohol and/or drug problem.”

If you know or suspect that illegal drugs are being sold or distributed in your area, please pick up the phone and contact your local Police on the non-emergency number 101, or alternatively you can contact the independent charity Crimestoppers anonymously on 0800 555 111.