CLARKE AND MCDOWELL READY TO MOUNT MAJOR CHALLENGE IN PORTSTEWART 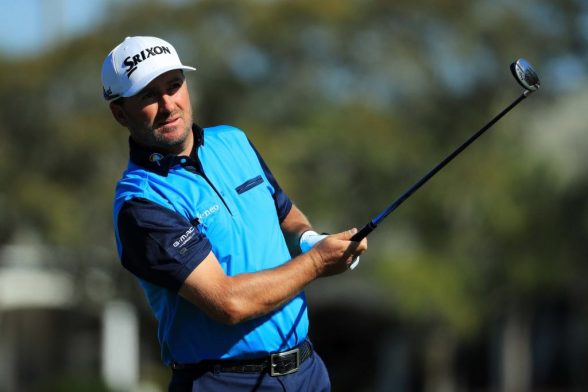 Graeme McDowell of Northern Ireland plays his shot from the 14th tee during the first round of the Arnold Palmer Invitational Presented By MasterCard on March 16, 2017 in Orlando, Florida. (Photo by Richard Heathcote/Getty Images)

DARREN Clarke and Graeme McDowell will add their Major clout to the Northern Irish contingent at this year’s Dubai Duty Free Irish Open Hosted by the Rory Foundation when they join defending champion and tournament host Rory McIlroy at Portstewart Golf Club from July 6-9.

Both players will bring significant local knowledge to the historic tournament, which will be the third event of the European Tour’s new Rolex Series – a premium category of events each with a minimum prize fund of $7 million.

The 2010 US Open Champion McDowell grew up in nearby Portrush while Clarke, the 2011 Open Champion, now lives there.

Clarke and McDowell, along with fellow Major Champions Padraig Harrington and Rory McIlroy and former Irish Open Champion Shane Lowry, will be hoping to continue what has been the most successful period of home dominance in the history of the Dubai Duty Free Irish Open.

Darren Clarke of Northern Ireland looks on during a Pro-Am round prior to the start of the Dubai Duty Free Irish Open Hosted by the Rory Foundation at The K Club on May 18, 2016 in Straffan, Ireland. (Photo by Ross Kinnaird/Getty Images)

With Harrington having lifted the trophy in a famous 2007 campaign, Lowry triumphing as an amateur in 2009 and McIlroy delighting the crowds with victory last year, Clarke and McDowell are the only players among that quintet yet to experience glory at their home open.

Tickets to watch these home-grown superstars take on some of the game’s most celebrated international superstars can be purchased at www.dubaidutyfreeirishopen.com

McDowell said: “The Dubai Duty Free Irish Open is always a special week for me but this year it will be even more so, returning once again to the area where I grew up.

“Portstewart is a fantastic golf course and it’s great to be going back to another classic links.

“The atmosphere is always something else when the Irish Open comes to Northern Ireland and I’m sure this year will be no different.

“Winning the Irish Open has always been something I’ve dreamed of doing and my game is shaping up nicely at the start of this year so hopefully I can put in a strong performance in front of the home fans.”

Clarke, who captained the 2016 European Ryder Cup team, said: “I am always so proud when the Dubai Duty Free Irish Open comes to Northern Ireland and especially to an area which is so close to my heart.

“Portstewart is a spectacular links golf course and with this year’s event being a part of the Rolex Series, with a new date on the calendar and boasting an increased prize fund, I’m sure we’ll attract another great field.

“I believe the Northern Irish fans are some of the best in the world and it’s always a special atmosphere that they create, so I cannot wait for July to come around and hopefully I can bring some good form into the week.”