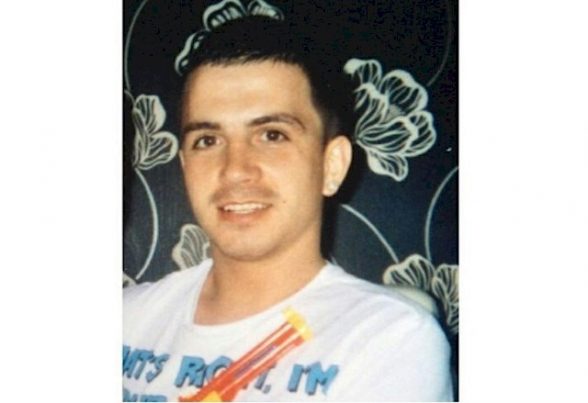 DETECTIVES from the PSNI’s Major Investigation Team probing the murder of Kieran McManus near Kennedy Way in March 2013, have issued new CCTV footage showing the car his attackers used being driven into a lane shortly before he was killed.

The CCTV footage is available on YouTube through the following link https://youtu.be/HL0UobTARmc (please note the times on the CCTV are not accurate).

Father-of-one Kieran, 26, from west Belfast, died after being shot outside Domino’s pizza outlet at the DC Enterprise Centre.

The footage shows the maroon coloured Vauxhall Astra car reversing a short distance in the Centre’s car park into a lane at the side of Carpetland.

It remains in this location for approximately 25 minutes while the gunmen wait until Kieran approaches his silver Volkswagen Passat car parked outside Domino’s to make a delivery.

This car was abandoned and burnt out in Denewood Park off the Andersonstown Road shortly after the murder.

Kieran died in hospital a short time after the attack and on the fourth anniversary of his murder, detectives are hoping the newly-released CCTV footage in the carpark of DC Enterprise Centre will jog people’s memories.

Police are asking the community for any new information about the maroon Astra car, before or after the shooting. 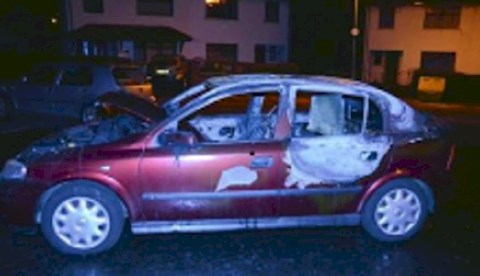 The Vauxhall Astra car used in the murder of Kieran McManus

“They deserve to see the person or people responsible brought before the courts.

“The police investigation continues and today we are releasing previously unseen CCTV footage of the car the gunman and his accomplices were in as they lay in wait for Kieran who at the time of his murder was working as a delivery driver.

“The footage shows the maroon Astra reversing for a distance along the carpark into a lane beside Carpetland.

“This laneway is rarely used and the attackers parked here cold-heartedly waiting for Kieran.

“I appreciate the CCTV images are of poor quality but I am hoping that seeing the car reversing into the alleyway will jog the memories of anyone in the carpark that night or anyone who witnessed it parked in the lane.

“It also shows the gunmen pulling up behind Kieran’s car and shooting him at close range before driving off.

“The Astra car was abandoned and burnt out in Denewood Park off the Andersonstown Road shortly after the murder.

“The registration plates had been removed before the vehicle was set on fire. 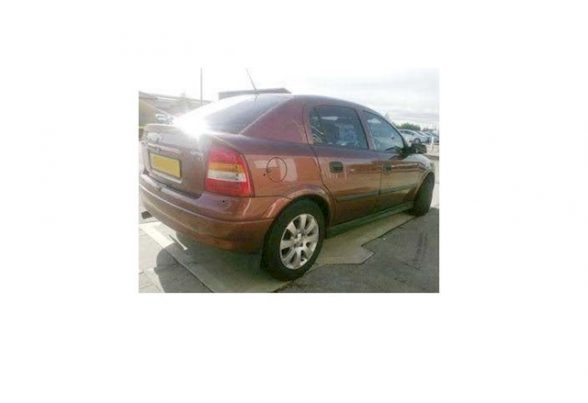 “We have a clear picture of what happened to Kieran but we need to know about the movements of the car prior to the shooting, who was in it and where it was kept in the days leading up to the murder.

“We also know that the Astra was stolen from Banbridge Leisure Centre on September 24, 2012.

“Detectives are also keen to hear from anyone who saw any other vehicles in Denewood Park or in nearby St Meryl Park that Saturday night between 11pm and midnight.

“We would like to speak to anyone who has any information that may assist the investigation into Kieran’s murder.

“We have had a number of people who have come forward over the last four years to assist us with our enquiries, but we know there are other people in the community with information who have not yet contacted police and I would appeal to those people in particular to come forward and to speak to us.

“You could hold the key to bringing those responsible to justice and I would ask you to think about Kieran and his family and the pain and suffering they continue to live with.

“Since the start of this investigation we have interviewed 228 people, conducted 14 searches and made two arrests. We need the community to work with us to help remove these dangerous people from our streets.” 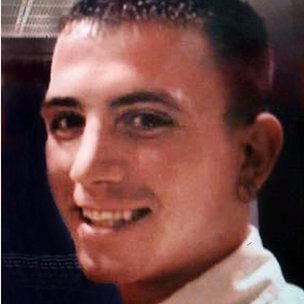 Kieran’s mother, Sally McManus, commented: “It is four years since Kieran’s murder and the pain of that is still very much with me, more so because his killers have not yet been brought to court.

“I know there are people who know who killed Kieran and I urge them to please pass this information any way they can to police so that those responsible can be brought to justice.”

Alternatively, anyone wishing to pass information anonymously can contact the independent charity Crimestoppers on 0800 555 111.