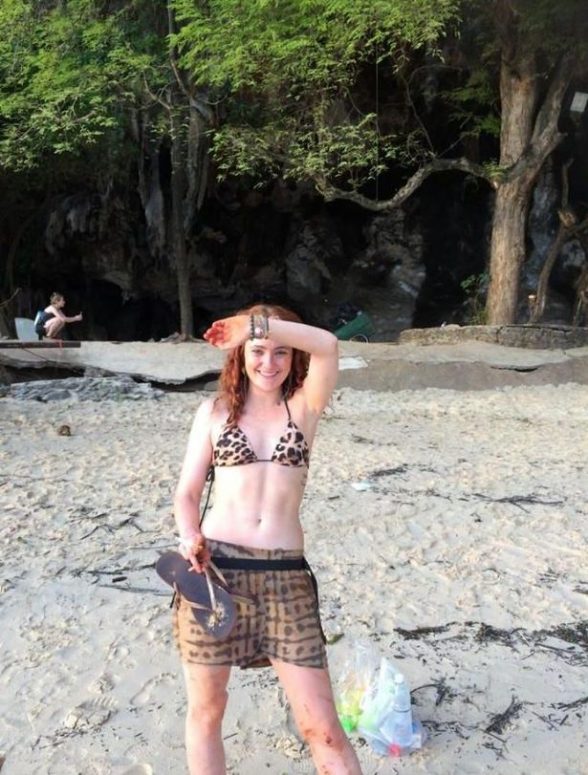 Danielle McLaughlin who has been found murdered while on holiday in Goa, India

THIS is the young Donegal woman who has been murdered in India while on holiday with friends.

She has now been named as Danielle McLaughlin.

Ms McLaughlin was originally from Buncrana in Inishowen.

It is understood she had moved to Liverpool and was living with her grandparents.

And Ms Laughlin returned to Buncrana last year for a family visit.

She in Goa with friends for the local Holi festival.

The 28-year-old reportedly studied at John Moores University and lived in Sefton, Liverpool.

Today the Pumphouse pub, on Liverpool’s Albert Dock, posted to say: “Very sad to hear we have lost one of our old team members Danielle McLaughlin in Goa this week.

“She was only 28. Goodbye Danielle.

“Deepest condolences to her family in Ireland.”

Danielle’s naked body was found with cuts and marks to her face.

Police in Goa say a post mortem examination will be carried out to determine how the young woman died and if she was the victim also of a sexual assault.

Local councillor Rena Donaghey said: “The whole community and the town of Buncrana is in deep shock today. Everyone is very saddened by the news.

“Danielle was a lovely young woman who has come to a very sad end.

“She was very popular and very liked in the community. She headed off on a backpacking holiday in February to do some travelling.

“On behalf of the community, I would like to offer sympathy and condolences. I hope God will give the family strength at this tragic time to help them through the weeks and months ahead,” said the Fianna Fail councillor.”

The victim was found in Canacona near Goa.

Police sources told the Times of India that a local farmer noticed the body while he was on his way to the fields, in a woodland spot – 300m from a road.

According to IANS the victim had arrived in the Palolem beach area on Sunday evening to participate in Holi celebrations before being found dead on Tuesday.

“We are investigating people with whom she was playing Holi during a party here. Her friend has also given us some leads and we are questioning some suspects,” a police officer told IANS.

Six “suspects” have been questioned by police in relation to the killing and reports say that one man is due to be brought before a court today.