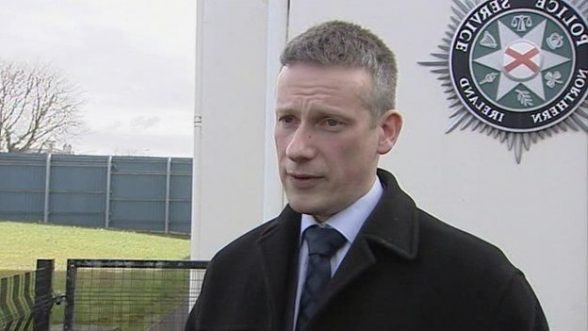 DETECTIVES launched a murder investigation after Geordie Gilmour died today of his injuries.

The 44 year old man was shot and critically injured in Carrickfergus yesterday afternoon.

The attack happened in Pinewood Avenue as he drove along in his white Vauxhall Insignia car around 2.15 pm.

The gunman is believed to have fled the scene on foot.

Head of the PSNI’s Terrorist Invesigation Unit, Detective Chief Superintendent Raymond Murray said: “Our thoughts are with the Gilmore family at this time as they come to terms with their loss.

“We are still at an early stage of the investigation, which is now a murder investigation, and while we have definite lines of enquiry I would appeal to local people to help us identify the person or persons who orchestrated and carried out this ruthless attack in broad daylight.

“Those involved had no consideration for the local community when they carried out their attack in a residential street populated with families, young children and older people.

“Help us remove them from your community and place them before the courts.

“I would urge anyone with information or who believes they can assist the investigation in any way to please come forward.

“You can call police on 101 or if you would prefer to provide you information anonymously you can by calling the Crimestoppers charity on 0800 555 111.”