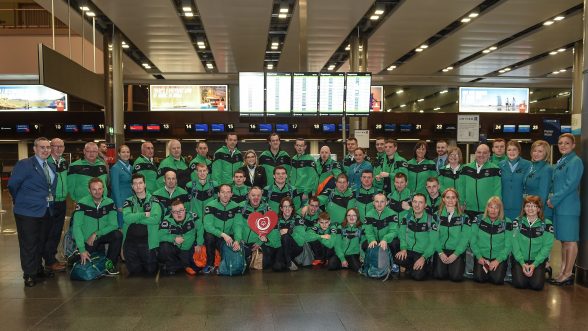 TEAM Ireland’s largest ever delegation for a Special Olympics World Winter Games has departed from Dublin Airport for the 2017 games in Austria.

A 26-strong squad made up of six alpine skiers and two floorball squads took Air Lingus Flight EI660 to Vienna this morning amid emotional goodbyes from families and supporters.

Three Ulster skiers are amongst the hopefuls that will compete for Team Ireland at the Games: Sean McCartan (16) from Carryduff, Co. Down, Cyril Walker (46) from Markethill, Co. Armagh and Caolán McConville (13) from County Antrim.

“This morning was the first time our athletes were together in their official Team Ireland kit and the excitement was just incredible,” she said.

“The athletes will soon refocus on competing to the best of their abilities in their chosen events, but this morning was just about celebrating them and giving family members and supporters a chance to wish them well.”

The squad will stay in the host town of Gallneukirchen for acclimatisation and cultural exchange ahead of Saturday’sOpening ceremony. 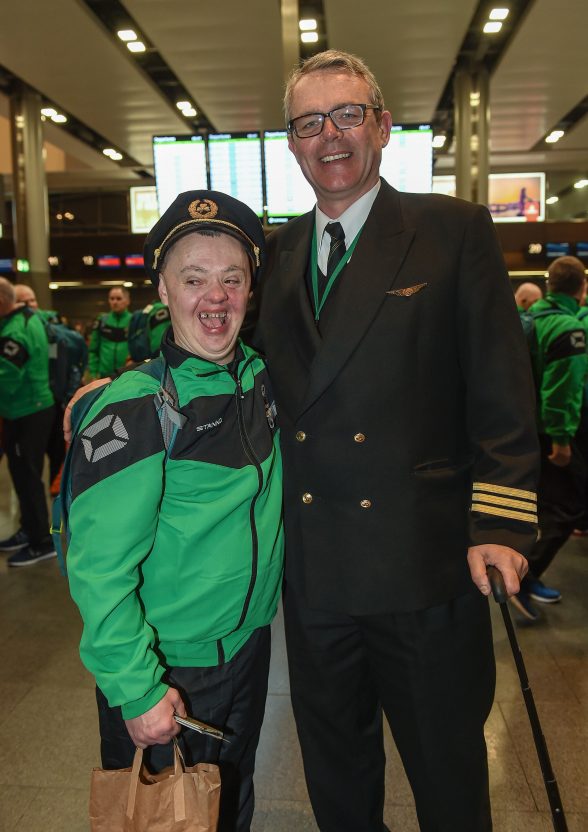 The floorball squads depart for Graz on Thursday ahead of divisioning rounds against Russia and Croatia on St. Patrick’s Day while the alpine skiers decamp to Schladming in Arnold Schwarzenegger’s home state of Styria.

The 2017 World Winter Games will be the largest sports and humanitarian event anywhere in the world in 2017.

Special Olympics Ireland is raising funds to compete at the event through the Support An Athlete Campaign and with the help of the organisation’s commercial sponsors including eir, Gala Retail and Aer Lingus.

“Since then we have been an extremely proud partner, transporting Team Ireland to European and World Games and this year are delighted to be sending a group of Aer Lingus staff as volunteers to the 2017 Special Olympics World Winter Games.

“Our crew are delighted to welcome Team Ireland on board their flight to Vienna today and we wish Team Ireland the best of luck from all their friends and supporters at Aer Lingus.”

Businesses and individuals in Northern Ireland that would like further information on how to support Team Ireland, should visit www.specialolympics.ie or call the Special Olympics Ulster office on 028 9089 2996.

Special Olympics Ulster is a year-round sports training organisation and is supported by Sport Northern Ireland. 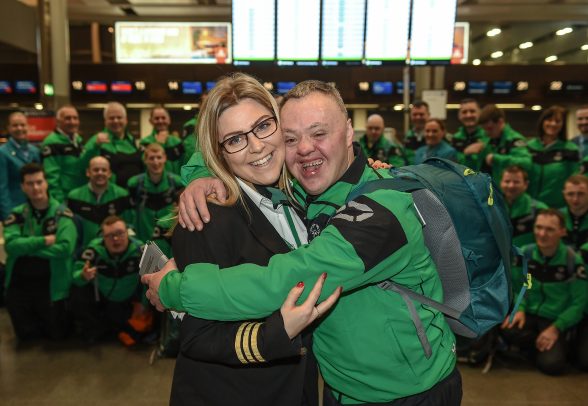