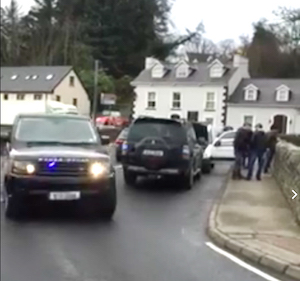 A man charged in connection with the murder of Maghaberry prison officer David Black in 2012 has appeared at the High Court in Dublin.

Damien Joseph McLaughlin, 40, with an address at Glenties Rd, Belfast, was arrested yesterday in Ramelton, Co Donegal on foot of a European Arrest Warrant.

He is wanted by the authorities in the North to face allegations that he aided and abetted in the murder of Mr Black and was in possession of an article suspected of being for the commission of the act of murder.

Mr Black, 52, was shot dead on the M1 motorway on 1 November 2012 by dissident republicans as he drove to work in Maghaberry jail.

Mr McLaughlin was also charged with engaging in conduct in preparation for acts of terrorism and of being a member of a proscribed organisation.

He was remanded in custody until March 20.