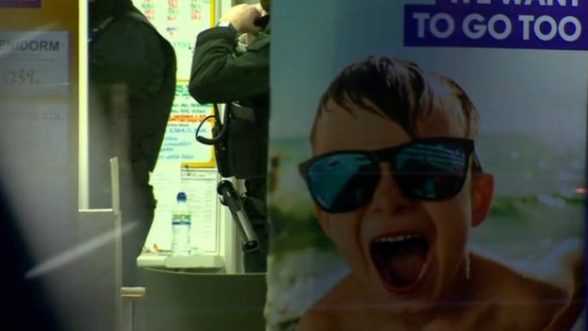 POLICE say staff at a travel agents in south Belfast have been left “badly shaken” after an armed robbery.

It was reported to the PSNI that two men carrying knives entered the Thomas Cook shop on the Lisburn Road and demanded money yesterday afternoon around 3.45 pm.

The pair made off in the direction of Grangeville Gardens.

The staff were not hurt during the robbery.

One of the men is described as being approximately 5’9″-5″10 tall and was wearing a blue hooded jacket, white t-shirt, black tracksuit bottoms and a beanie hat.

The second man is described as wearing a black top, black track bottoms and a black peaked beanie hat.

Anyone with information about the robbers is asked to contact detectives on the 101 non-emergency number.