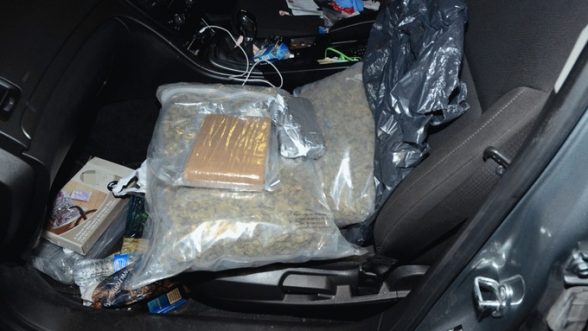 TWO men, aged 28 and 31, have been charged with a number of drugs related offences following an intelligence-led police operation.

The men are due to appear before Belfast Magistrates’ Court on Friday.

The charges are in relation to the seizure of £160,000 worth of cocaine and herbal cannabis in Duncrue Street in Belfast on Wednesday.

Detectives from the PSNI’s Organised Crime Branch mounted the operation.

They have believed they had hit an organised crime gang hard in their pocket.