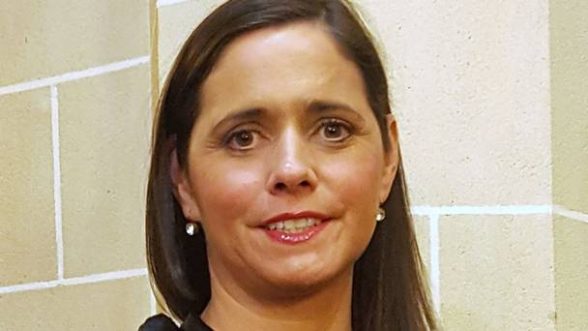 A NORTHERN Ireland woman denied payments from her late long-term partner’s occupational pension from Translink should have access to the cash, the Supreme Court has ruled.

Ms Brewster (42), challenged a ruling that she is not automatically entitled to a “survivor’s pension” as she would have been if the couple had been married.

Ms Brewster and Lenny McMullan lived together for 10 years and owned their own home.

They got engaged on Christmas Eve 2009 but Mr McMullan died suddenly between Christmas night and the early hours of Boxing Day morning.

Mr McMullan had worked for 15 years for Translink, and was paying into Northern Ireland’s local government pension scheme.

“Now that around one in six families in the UK are cohabiting families, reform is long overdue.

“The decision has significant implications for millions of cohabitees in relation to pension benefits.

“It also lays down the approach to be adopted when considering complaints of discrimination on the grounds of marital status in other areas.

“This was a decision of the Supreme Court of the UK and it affects the whole of the UK.”

At a hearing last year, justices at the UK’s highest court heard argument on her behalf that she was the victim of “serious discrimination”.

The scheme is governed by rules made under the Local Government Pension Scheme (Benefits, Membership and Contributions) Regulations (Northern Ireland) 2009.

Under the regulations, married partners automatically obtain a survivor’s pension but unmarried partners only receive a pension if there has been compliance with an “opt-in” requirement.

This involves the pension scheme member nominating their partner for payments by giving the Northern Ireland Local Government Officers’ Superannuation Committee (Nilgosc) a declaration signed by both partners.

Although she met all the other criteria, Nilgosc refused Ms Brewster a survivor’s pension because the committee had not received the appropriate nomination form from Mr McMullan.

The High Court in Northern Ireland allowed her legal challenge against the refusal but the Court of Appeal overturned that decision and the Supreme Court has been asked to make a decisive ruling.

Helen Mountfield QC, representing Ms Brewster, asked the court to declare that the opt-in nomination rule in the 2009 regulations breaches Article 14 and Article 1 of the First Protocol of the European Convention on Human Rights. Nilgosc contested the action.

Article 14 prohibits discrimination in the way human rights laws are applied and the First Protocol protects a person’s right to property and the peaceful enjoyment of possessions.

Cohabiting partners were being discriminated against compared with spouses automatically entitled to the pension.

While raising funds to take her case to the Supreme Court, Ms Brewster said: “My case is simple: bureaucratic rules like this which discriminate against long-term cohabitees should not be permitted.”

She added: “A positive decision from the Supreme Court is likely to impact on discrimination against cohabitees across a wide range of areas, not just pension rights.”

Lawyers for Nilgosc and the Department for Communities for Northern Ireland argued the regulations were reasonable and served a legitimate aim.

They asked the Supreme Court to uphold the appeal court’s majority ruling that requiring a cohabiting partner to be “nominated” was justified and proportionate.