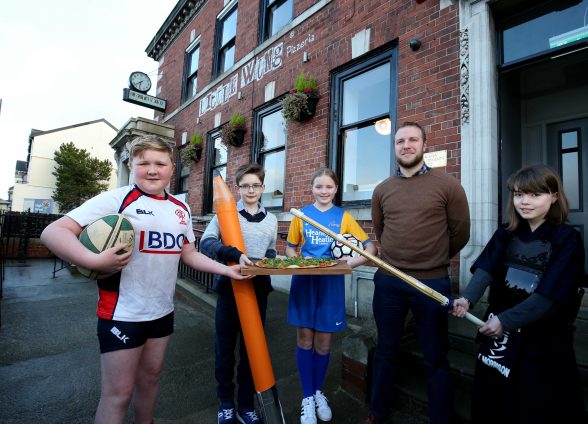 Returning for the third year, the bursary scheme is run by local pizzeria company Little Wing and is open to all kids clubs located near its six branches.

Luke Wolsey, managing director of Little Wing Pizzeria, says the scheme is a way for the pizzeria to give something back to the local community: “The Little Wing Little Stars bursary scheme has been running for three years now and it’s been a pleasure to financially assist kids clubs in the local area.

“It is important that children stay active and have hobbies and the bursaries are always very welcome by the clubs.  This year, Fighting Words Belfast will be purchasing tables for the club’s after-schools sessions and Bangor Swimming Club plans to buy specialised equipment and treat the kids to team days out with the money.

“We’ll be running the scheme again in 2017 and I would encourage all local clubs to keep an eye out for the launch of this year’s scheme in September if they want to become involved.”