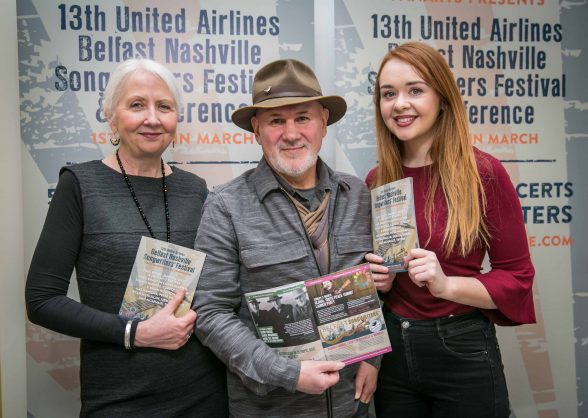 OVER five days at the beginning of March, more than one hundred local and international artists will perform in thirty concerts at 13th United Airlines Belfast Nashville Songwriters Festival in the Clayton Hotel Belfast.

Making a welcome return to BelNash is one of Ireland’s finest writers, Paul Brady who will be joined on stage by Declan O’Rourke and Nashville’s Grammy nominated Darrell Scott.

“Often overshadowed by the spotlight on the performer and singer, the annual Belfast-Nashville Festival provides an opportunity to bring song writing talent to the fore and to encourage talented new writers to join the ranks”

“When we started out twelve years ago to put songwriters centre stage and to showcase creative and musically gifted local artists, we could only dream of having such a fantastic festival line-up”

In a special ‘In the Round Concert’ Kimmie Rhodes shares a stage with Belfast’s Gareth Dunlop and Brian Houston. Nashville’s Mac McAnally will play the hit songs he wrote for Kenny Chesney, Alabama and Shenandoah, supported by the Forestside and Panarts Under Nineteen Writers.

Triona Carville will launch her new single ‘Warrior’ on 3rd March, following on from her recent success in becoming Panarts Young Songwriter of the Year.

The finalists from this annual award will also perform on stage with eight talented students from Belmont University Nashville.

Running alongside the concerts is the popular music industry conference, Panarts Song Writing Convention, now in its thirteenth year.

Artists will share their song writing skills while PRS for Music and IMRO will answer questions about royalties, copyright and income streams for artists. 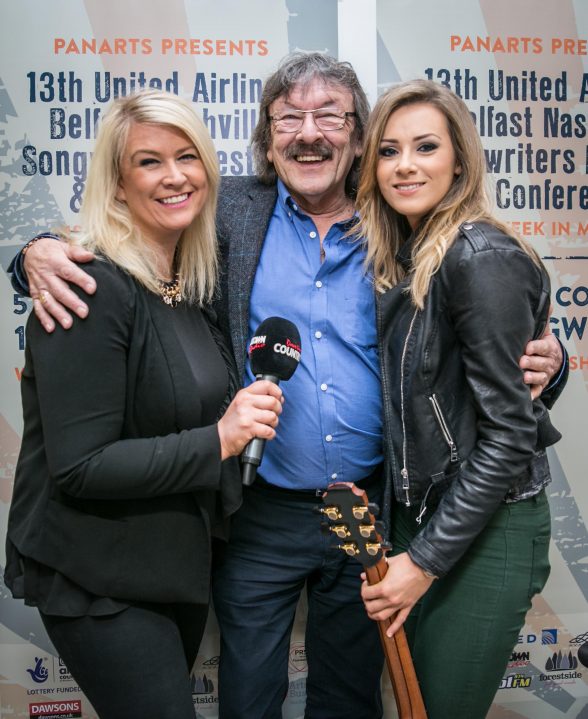 At BelNash 2017 Launch, Caroline Fleck and Trevor Campbell of Downtown Radio with Triona