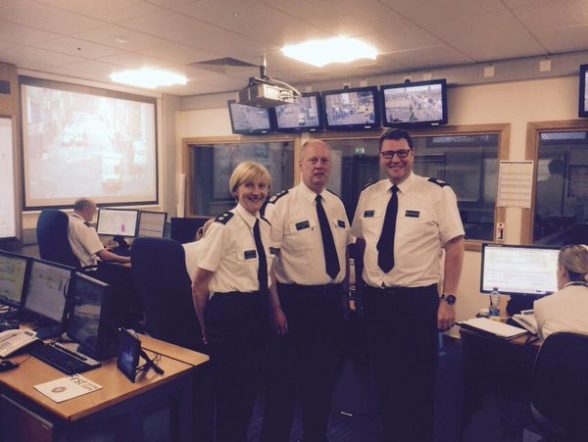 A SENIOR female police officer who is an expert in riot control has been appointed to the top ranks of the PSNI today.

It has just been announced at PSNI headquarters at Knock in east Belfast that Barbara Gray has been appointed temporary Assistant Chief Constble, Belfast Daily can reveal.

Detective Chief Supt Gray is temporarily replacing ACC Will Kerr who has been in charge of Crime Operations Branch.

ACC Kerr has been seconded to work with the National Crime Agency on child protection cases.

DCS Gray is the first female officer to be appointed to the PSNI’s senior command team since Judith Gillespie retired as deputy chief constable in 2014.

Last summer, she was awarded the Queen’s Police Medal in the Queen’s Birthday Honours List.

“She is a highly experienced public order Commander having been service lead for Public Order policing.

“As one of the PSNI’s most senior female officers Barbara has influenced, encouraged and mentored many colleagues in the advancement of their careers.

“Throughout her service Barbara has held a number of senior operational command positions including Operations Manager for North and West Belfast and Deputy Head of Operational Support Department.

“She currently holds a detective role within Crime Operations Department.

“Barbara is also an ambassador for the charity, Community Foundation for Northern Ireland.”