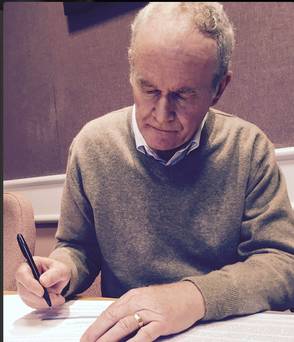 MARTIN McGuinness has resigned this evening as Northern Ireland’s deputy first minister in protest against the handling of a botched energy scheme that could cost taxpayers £490m.

He cited the DUP’s conduct over the cash for scandal as the main reason.

His decision to quit is likely to lead to a snap assembly election.

He said First Minister Arlene Foster has a “clear conflict of interest” in the RHI scandal and her position is “not credible or tenable”.

“Today is the right time to call a halt to the DUP’s arrogance,” he added.

Mr McGuinness said people should be allowed “to make their own judgement on these issues democratically at the ballot box”.

Prime Minister Theresa May has been “updated” on Mr McGuinness’ resignation, Downing Street has said.

The RHI scandal has engulfed politics in Northern Ireland over the past month, with DUP leader Mrs Foster facing repeated calls to resign but she has arrogantly refused.

She set up the RHI scheme in 2012 when she was enterprise minister in an attempt by the Northern Ireland Executive to encourage production of heat from renewable sources rather than fossil fuels.

But flaws in setting the scheme’s subsidy rate left it open to abuse as claimants could earn more cash the more fuel they burned, with the overspend estimated to be almost half-a-billion pounds.

In his resignation letter, Mr McGuinness said the DUP’s handling of the issue has been “completely out of step with a public mood”.

He said people were “rightly outraged at the squandering of public money”, and the DUP was refusing to accept demands for “robust action and accountability”.

“The refusal of Arlene Foster to recognise the public anger or to exhibit any humility in the context of the RHI scandal is indicative of a deep-seated arrogance, which is inflicting enormous damage on the executive, the assembly and the entire body politic,” he added.