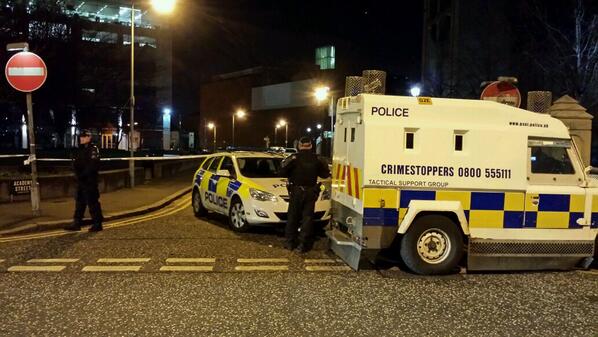 Army Technical Officers were drafted in to the Blythe Street area on Friday afternoon following reports of suspicious objects.

The device at the centre of the scare was made safe with the aid of a ATO robot.

The device has now been taken away for further examination.

Police said the security alert has now ended and appealed for anyone with information to come forward to detectives at the Reactive and Organised Crime Branch.